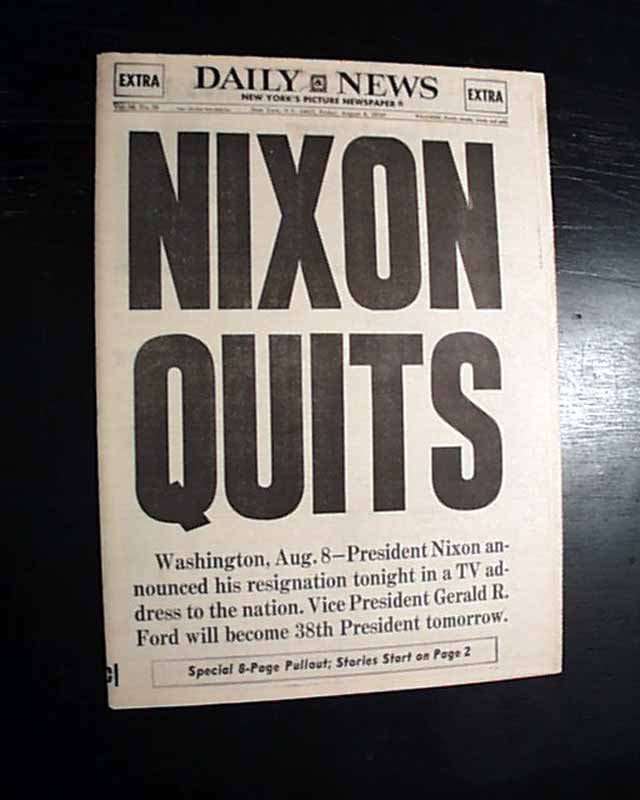 A very dramatic front page with over half of it taken up with: "NIXON QUITS". The balance has the official announcement: "President Nixon announced his resignation tonight in a TV address to the nation. Vice President Gerald R. Ford will become 38th President tomorrow."
More coverage, with photos, on the inside pages.
Tabloid-size, complete in 36 pages, great condition.