Home > Back to Search Results > Abraham Lincoln on the draft...
Click image to enlarge 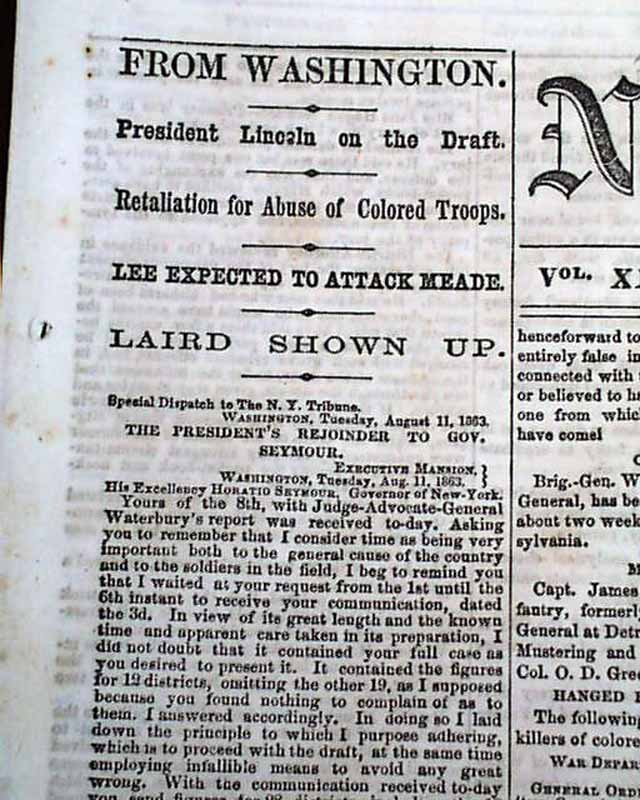 Abraham Lincoln on the draft...


NEW YORK TRIBUNE, Aug. 12, 1863  The top of the first column has: "President Lincoln On The Draft" "Retaliation for Abuse of Colored Troops" which has his letter signed in type: A. Lincoln. Also: "Lee Expected To Attack Meade" "End of the Naval Campaign in the Mississippi" and more.
Eight pages, never-trimmed margins, very nice condition.