Home > Back to Search Results > The noted Jane Addams...
Click image to enlarge 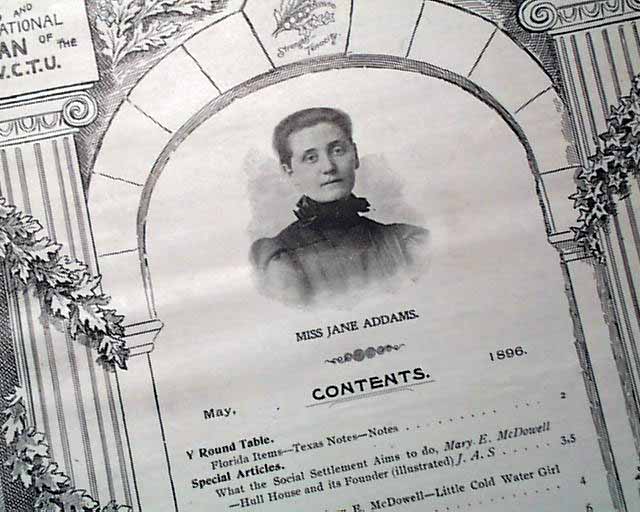 An interesting magazine published by the Young Women's Christian Temperance Union whose focus was the outlaw of alcoholic beverages. They also worked to promote women's right to vote.
The front page features a photo of the renowned "Miss Jane Addams". Addams was an American settlement activist, reformer, social worker and author. She co-founded Chicago's Hull House, one of America's most famous settlement houses. Inside has an article on the Hull House. She was an important leader in the history of women's suffrage in the United States. Addams was awarded an honorary master of arts degree from Yale University, the first woman to receive an honorary degree from the school. In 1920, she was a co-founder for the American Civil Liberties Union and in 1931 she became the first American woman to be awarded the Nobel Peace Prize.
Decorative title page, 12 pages, 9 1/2 by 13 inches, minor binding slits at the blank spine, nice condition.