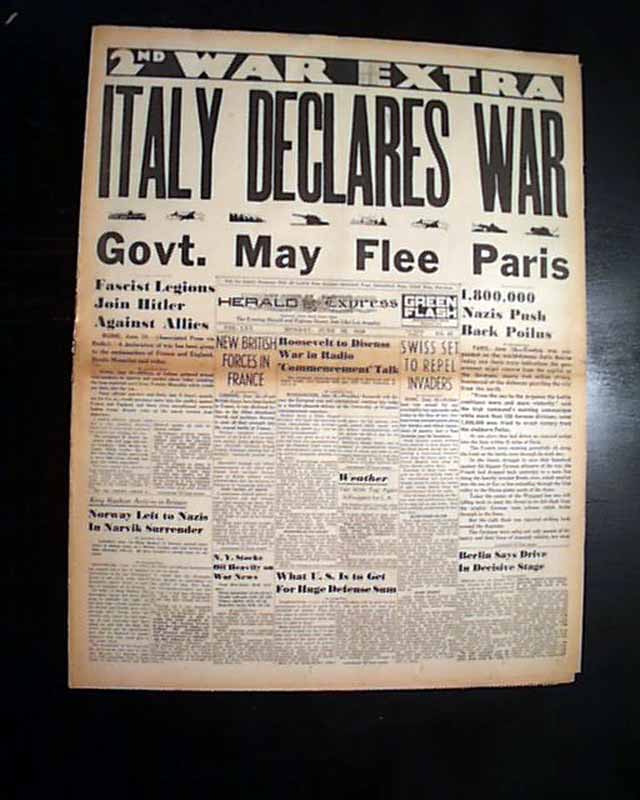 The front page has a nice banner headline above the masthead: "ITALY DECLARES WAR" with subhead. Nice for display.
Complete 1st section only with pages 1 to 16, light toning and minor wear at the central fold and spine, generally good.