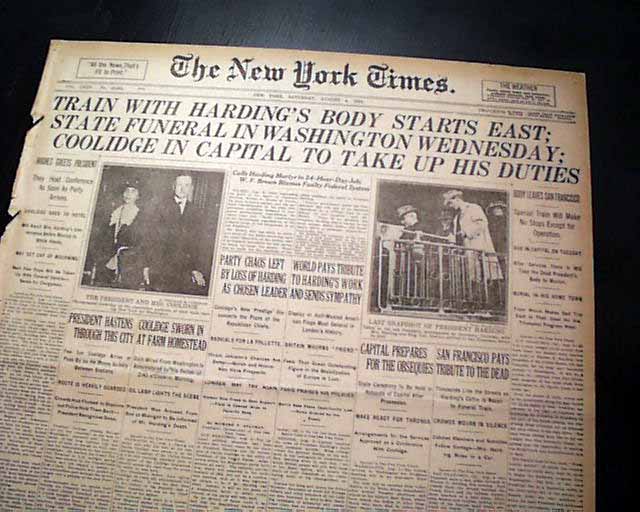 The front page has a nice banner headline: "TRAIN WITH HARDING'S BODY STARTS EAST; STATE FUNERAL IN WASHINGTON WEDNESDAY; COOLIDGE IN CAPITAL TO TAKE UP HIS DUTIES" with several subheads and 2 related photos. (see) Much more on the following pages.
Other news, sports and advertisements of the day. Complete with all 20 pages, light toning, irregular along the spine, generally good.