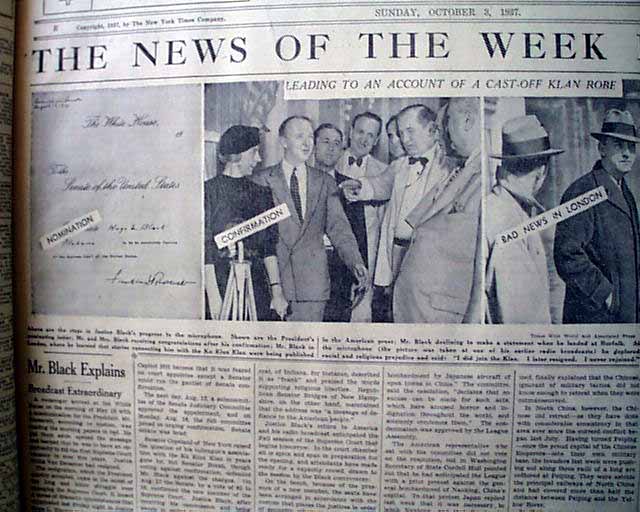 The front page has a two column heading: "BLACK'S SENATE SILENCE STILL PUZZLING CAPITAL; HIS SEATING NOW AWAITED" followed by an article which continues on page 2.  Page 2 also contains a full page of small articles from various newspapers around the country responding to the scandal.  Additionally, section 4 contains coverage on half of it's front page with images and "MR BLACK EXPLAINS".

This issue has some edge tears and a non-archival mend on the back of the front page which does not impact described content.  As with all non-rag issues from this era, gentleness in handling is necessary.  Believed to be complete but is being sold for the described content.