Home > Back to Search Results > News from this Confederate stronghold...
Click image to enlarge 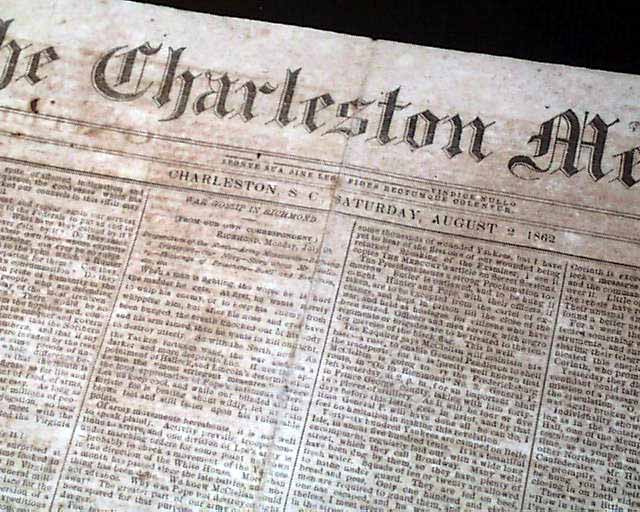 News from this Confederate stronghold...

Among the reports in this Confederate newspaper are: "News From the North - From Pope's Army - The Yankee Campaign in South Carolina - A Rebel Operator Reads Gen. Halleck's Dispatches for Four Days" "Carrying Away the Stolen Negroes" "From Memphis--Enforcement of a Brutal Order" "The Enemy's Operations on the Georgia Coast" "Rubbing the Blockade..." and more.
Complete as a single sheet issue, minor loss at the blank spine margin, never bound nor trimmed, nice condition.