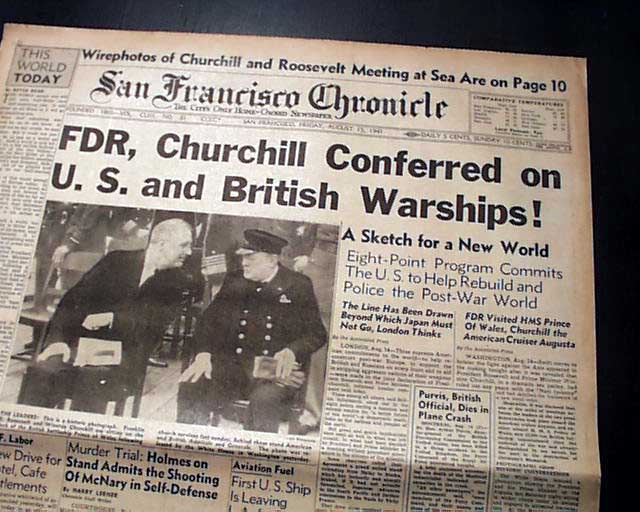 The front page has a headline: "FDR, Churchill Conferred on U. S. and British Warships" with subheads and photo.
Incomplete issue containing pages 1-6 only, loose at the spine, light toning at the margins, nice for display as such. 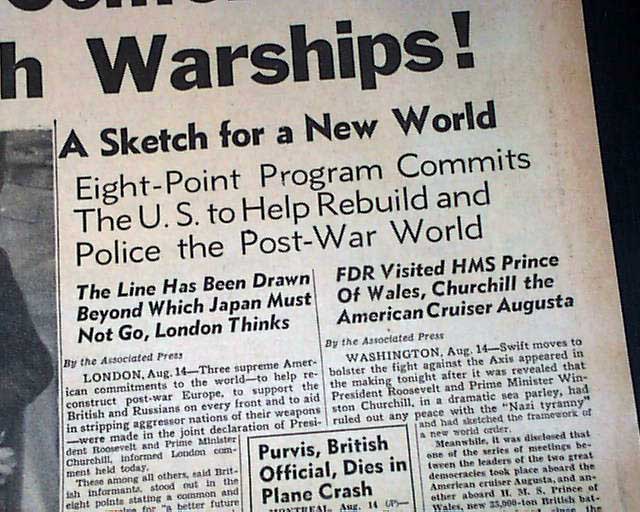 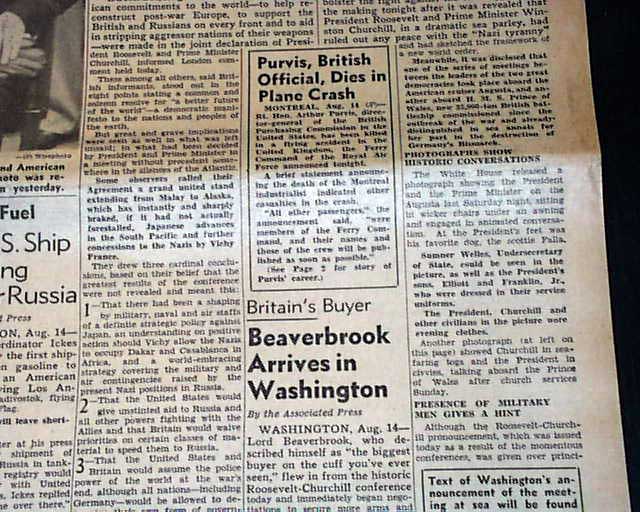 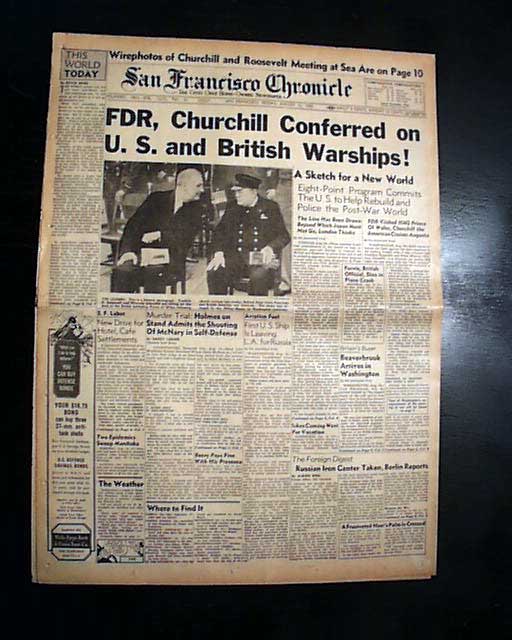 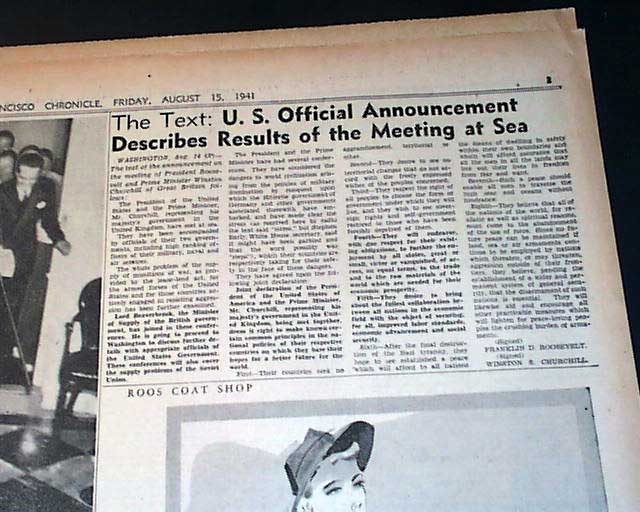