Home > Back to Search Results > The battle for Charleston...
Click image to enlarge 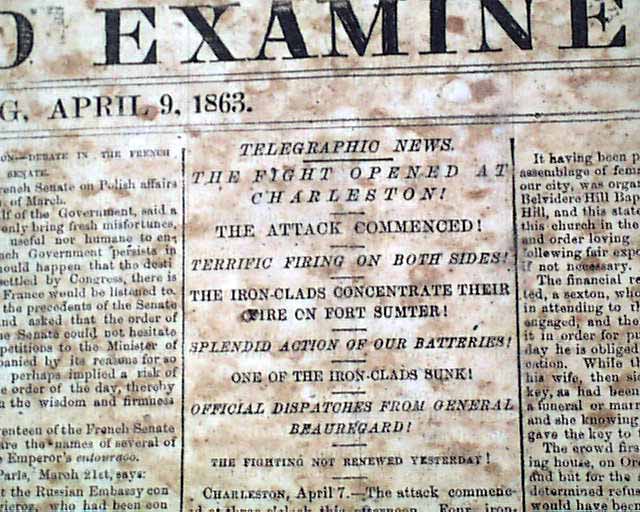 * From the capital of the Confederacy
* First Battle of Charleston Harbor

The front page includes: "The Situation In The West" "The Parole of Federal Prisoners" "Latest From the North" "The Fight Opened at Charleston!" "The Attack Commenced!" "Terrific Firing on Both Sides!" "Official Dispatches from General Beauregard!" with two of them, each signed in type: G. T. Beauregard.
The back page begins with a lengthy editorial concerning the beginning of the battle for Charleston. One bit notes: "...Certainly we have a right to believe that the long prepared attack o the famous city has proven a grand failure...". Also much from the "Confederate Congress".
A single sheet issue with a full banner masthead, spotted foxing throughout, good condition. 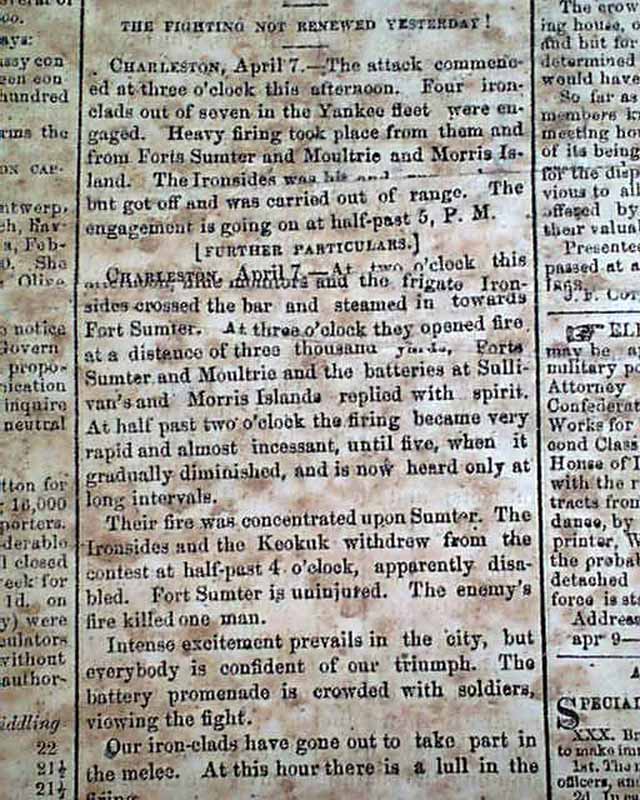 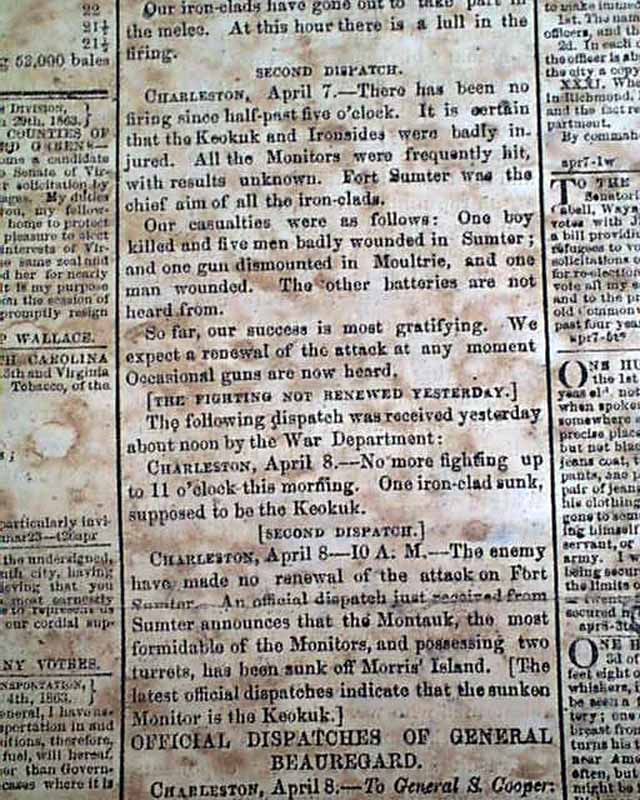 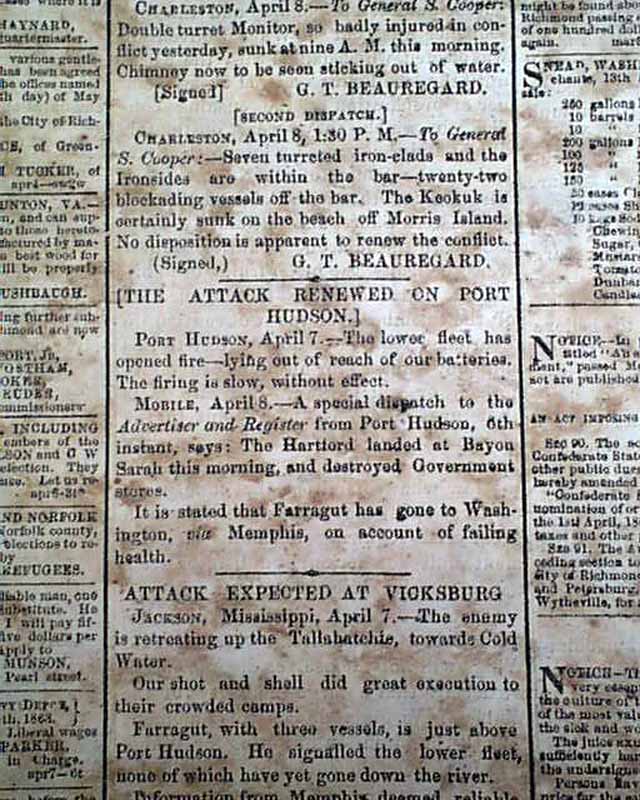 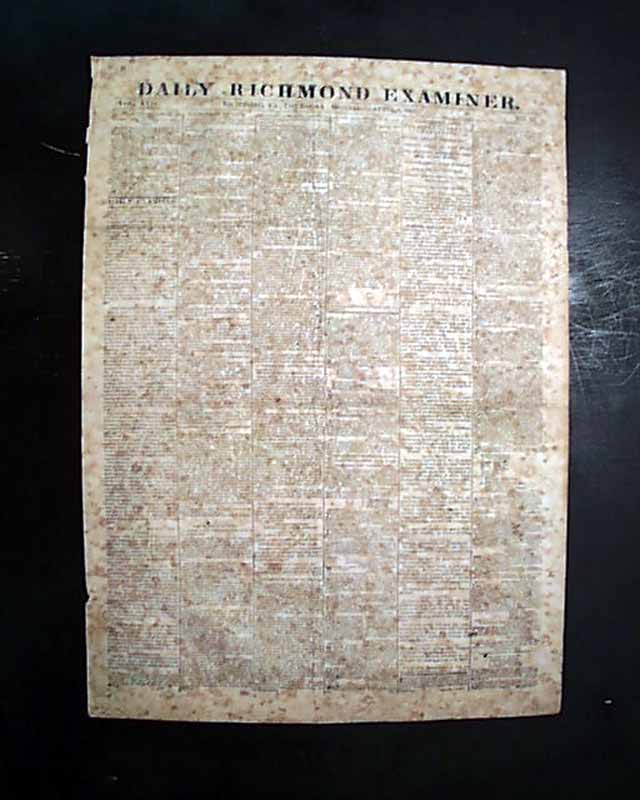