Home > Back to Search Results > Closing in on Vicksburg... Battle of Port Gibson...
Click image to enlarge 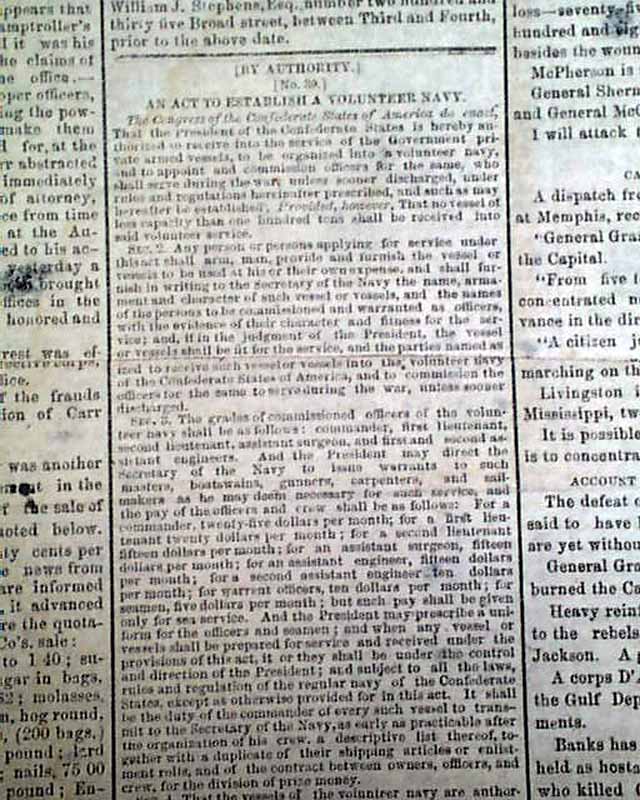 Closing in on Vicksburg... Battle of Port Gibson...

Among the front page reports: "From Jackson" "From Mississippi--A Fight on Saturday--Burning of Big Black Bridge--Vicksburg Closely Besieged!" "Latest From the North" which includes 2 dispatches each signed in type: U.S. Grant, Major General; plus the text of: "An Act To Establish A volunteer Navy".
The back page has a lengthy editorial beginning: "The news that 30 cannon were spiked on the retreat from Jackson...and that Vicksburg has been besieged on the land, has created considerable sensation...". Also: "The Battle of Port Gibson--Capture of the Town" 'Lieut. Van Rennselaer's Chickens" and more.
A single sheet issue with a full banner masthead, very nice condition.