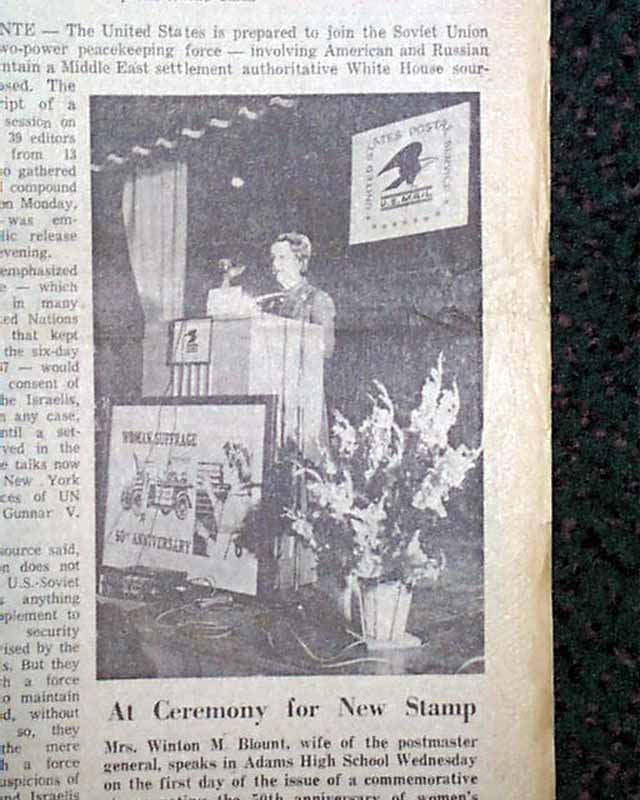 To commemorate the 50th anniversary of the passage of the 19th Amendment, the front page tells of the ceremony surrounding the unveiling of a Women's Suffrage stamp, with related photo. A related article is found on an inside page with a large related photo.
Both the front and inside pages also provide coverage of the women's marches and strikes which we organized throughout the United States - with photos. See images for details.
Believed to be complete in 72 pages, but is being sold for the described content. The left spine has small binding holes (typical), but the issue is in overall good condition.