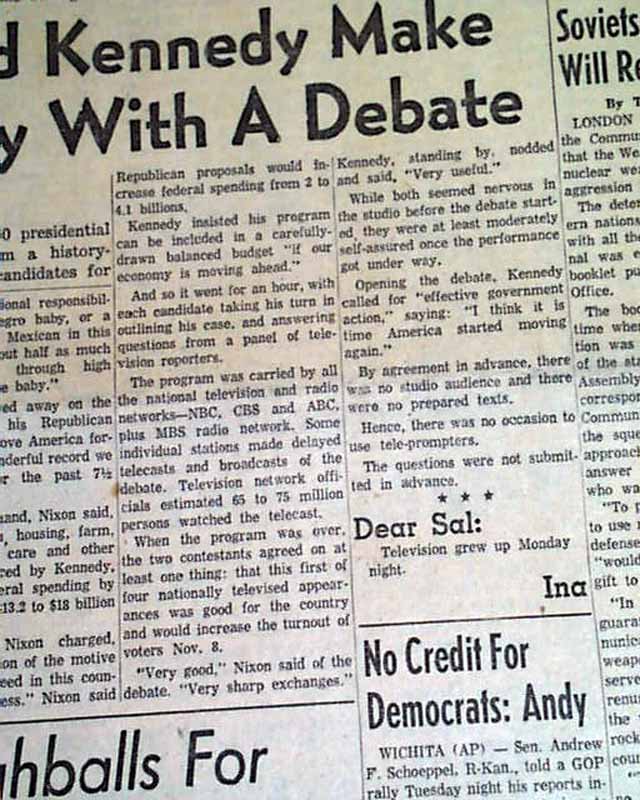 The front page has a report on the very first televised Presidential debate which was between John F. Kennedy and Richard M. Nixon. The four heading reads: "Nixon And Kennedy Make TV History With A Debate" with a photo during the debate. (see) I expect this to be an extremely rare item because their was really no reason to save it at the time.
Complete with all 12 pages, a few small binding holes along the spine/1st column causing minimal text loss, otherwise very nice.