Home > Back to Search Results > Michael Jordan signed by the Bulls in a Chicago newspaper...
Click image to enlarge 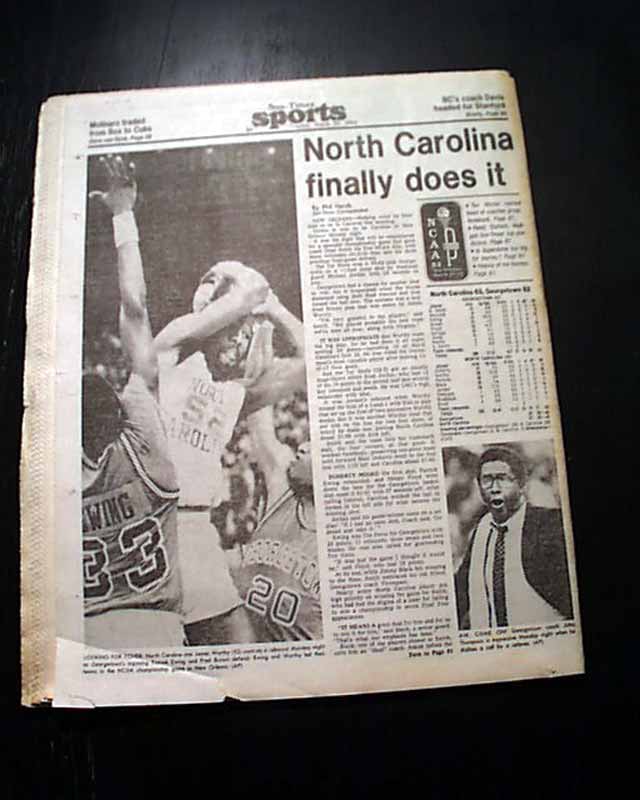 Michael Jordan signed by the Bulls in a Chicago newspaper...

The top of the back page has a heading: "North Carolina finally does it" with two related photos and box scores. First report coverage continues inside. Text includes: "...The Tar Heels won it 63-62 over Georgetown on a 17-foot jump shot by freshman guard Michael Jordan with 15 seconds to play..." (see) Great to have in a Chicago publication, the city that would make him an icon. I expect this to be an extremely rare item because their was really no reason to save it at the time.
Complete with all 86 pages, tabloid size publication, light toning and minor wear at the margins, generally very nice.