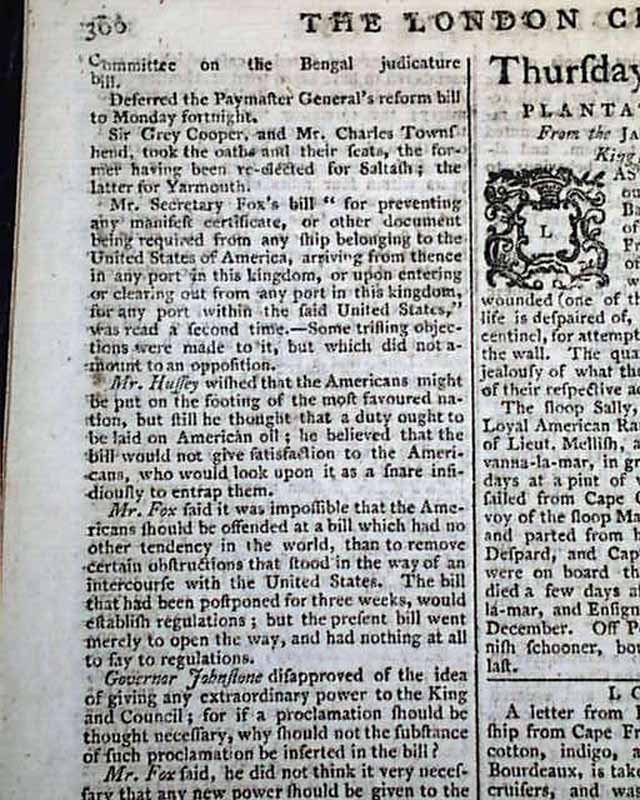 Page 6 has news from the House of Commons noting in part: "...Mr. Hussey wished that the Americans might be put on the footing of the most favoured nation, but still he thought that a duty ought to be laid on American oil; he believed that the bill would not give satisfaction to the Americans who would look upon it as a snare insidiously to entrap them..." and more.
Eight pages, 8 1/2 by 11 1/4 inches, a bit of binding residue at the blank spine, very nice condition.