Home > Back to Search Results > For those who objected to the war...
Click image to enlarge 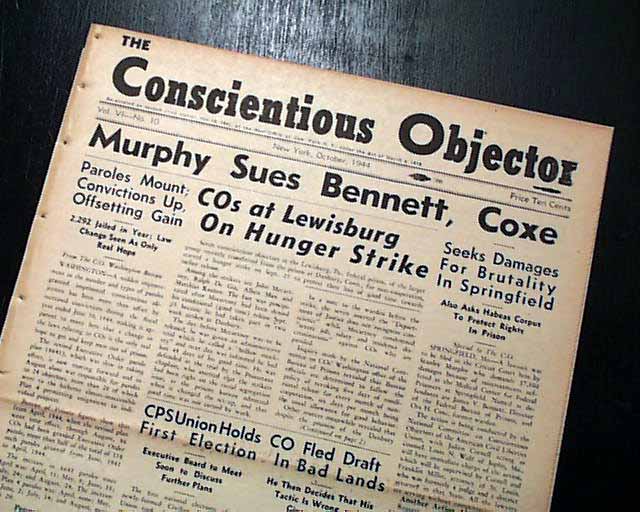 For those who objected to the war...

As the title suggests, this newspaper from the midst of World War II espoused non-participation by being a conscientious objector to war.
The content throughout supports this theme. Among the items: "CO Fled Draft In Bad Lands - He Then Decides That His Tactic Is Wrong, and Gives Self Up" "Germans Seen Beaten Enough" "Pacifists Not Expendable" Hate Breeds Hate" and more.
An interesting title rarely offered. Eight pages, 11 by 16 1/2 inches, nice condition.