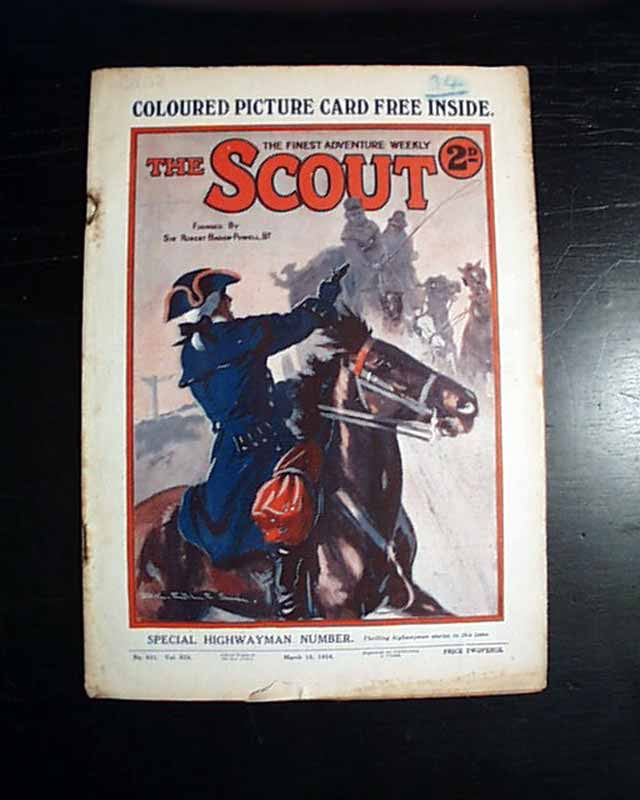 
THE SCOUT, London, March 15, 1924  An early issue of the Boy Scout magazine, and noted in the masthead: "Founded by Sir Robert Baden-Powell" who is credited with founding the Boy Scouts.
This was very much the "Boy's Life" of its day, with various articles & stories of interest to boys and scouts. Various illustrations as well. Complete in 24 pages, color front & back covers, 8 1/2 by 12 in., blue pencil notation at the top, minor margin wear, good condition.