Home > Back to Search Results > Vermont to come under a European power rather than submit to Congress?
Click image to enlarge 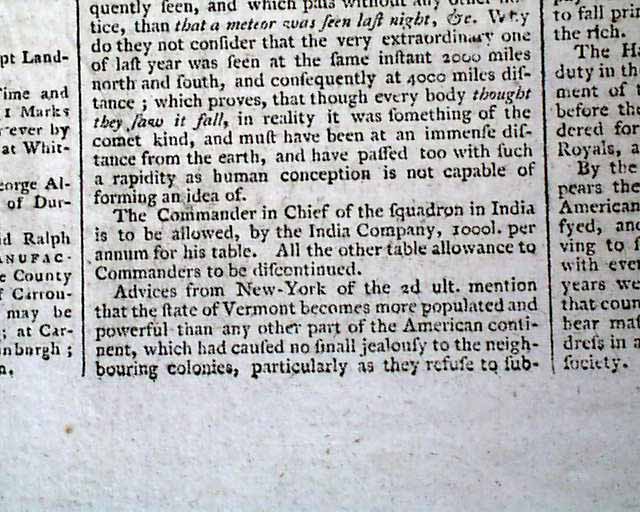 Vermont to come under a European power rather than submit to Congress?


THE NEWCASTLE CHRONICLE, England Aug. 21, 1784  Various news reports from Europe & elsewhere. The front page has an item: "...from New York...that the state of Vermont becomes more populated & powerful than any other part of the American continent which had caused no small jealousy to the neighbouring colonies, particularly as they refuse to submit to the authority of Congress and have talked of putting themselves under protection of some European power rather than submit."
Four pages, never bound nor trimmed, red tax stamp on the front page, very nice condition.