Home > Back to Search Results > President Truman says the youth of America are too weak...
Click image to enlarge 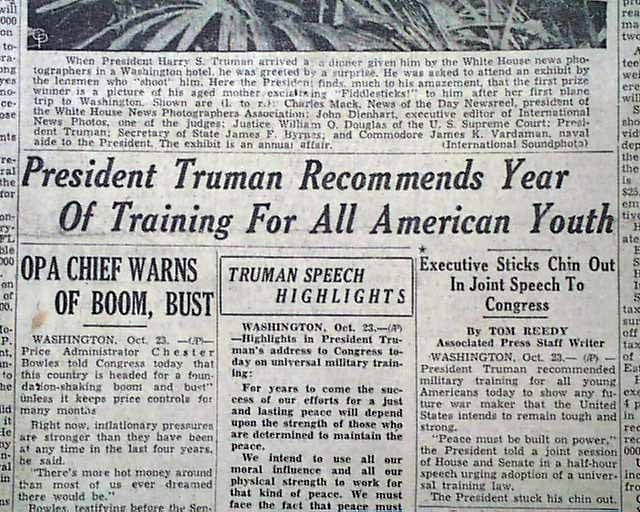 President Truman says the youth of America are too weak...

The front page has a 3 column heading: "President Truman Recommends Year of Training for All American Youth". The program he was proposing would require "a year's military training for all young men when they reach 18", for the country to continue with a "small professional armed force.",  to have a "greatly strengthened national Guard and organized Army, Navy and Marine Corps Reserves" and establish a "General Reserve of all men who have passed through the Universal Training System" (required year training for all 18 year old men).
This issue is believed to be complete in 10 pages.  There are small binding marks on the left margin and one heading on the front page has a library label.  None of these effect the content described. See images for details. This issue is in nice condition but should be handled gently.

Note: Although warned by General Patterson to delay proposing this new plan, as the people were not in the proper frame of mind to be receptive, Truman preceded and Congress would not implement his plan. 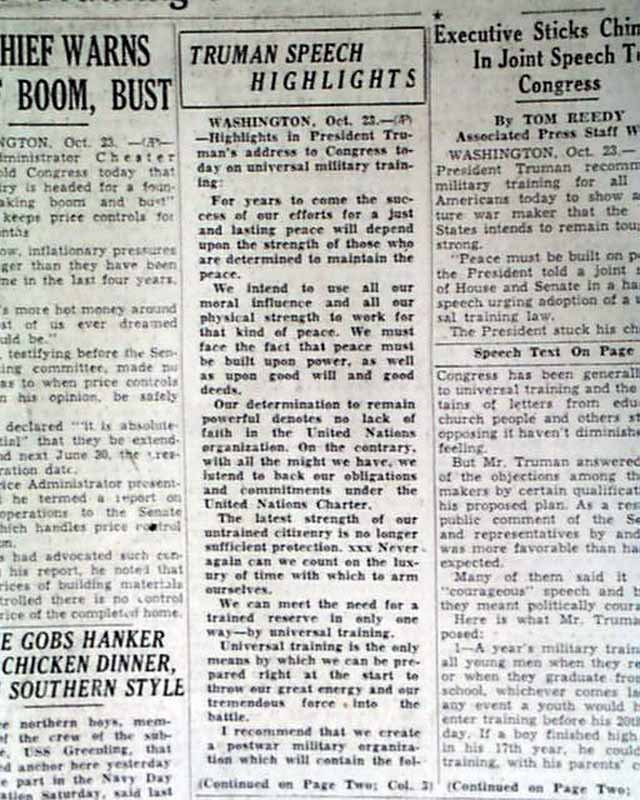 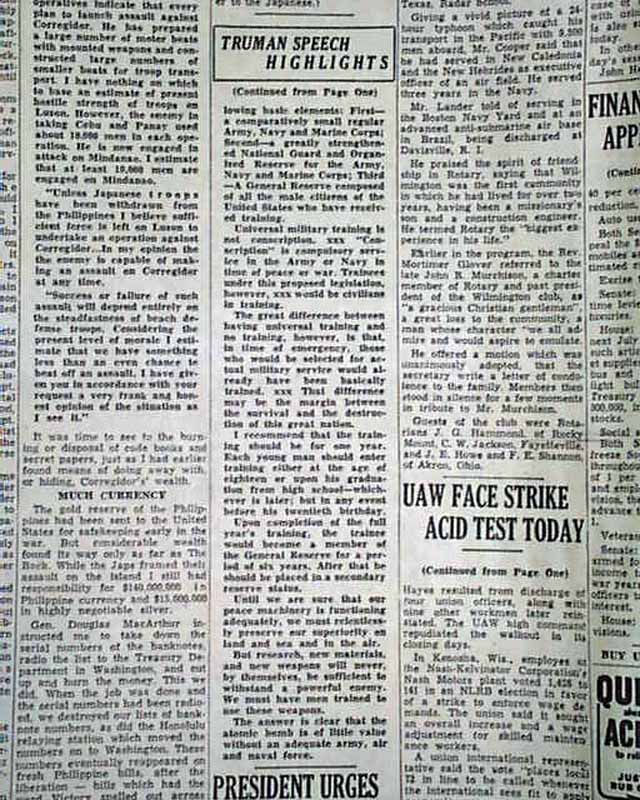 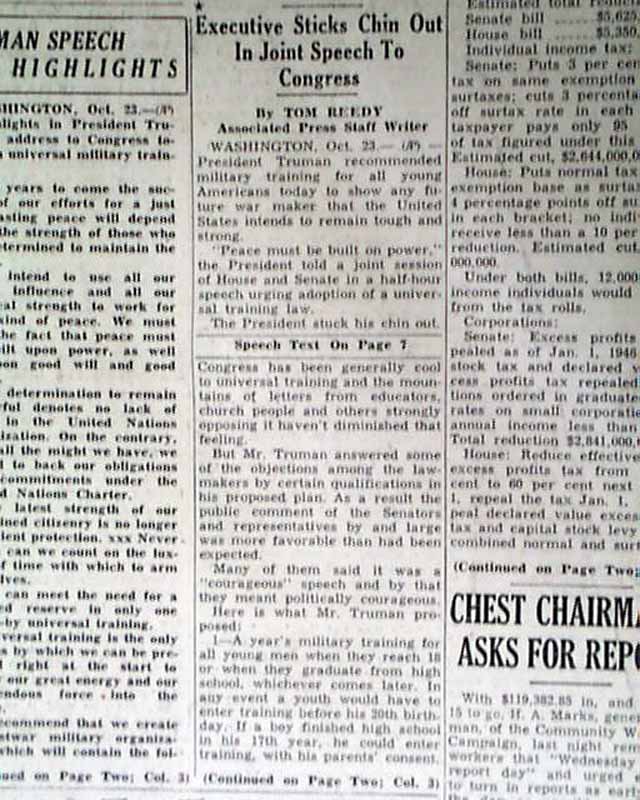 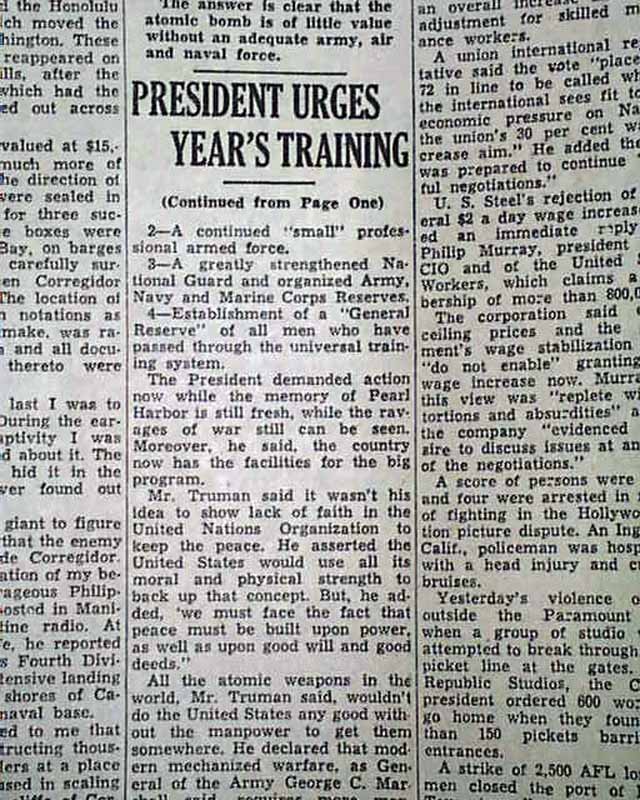 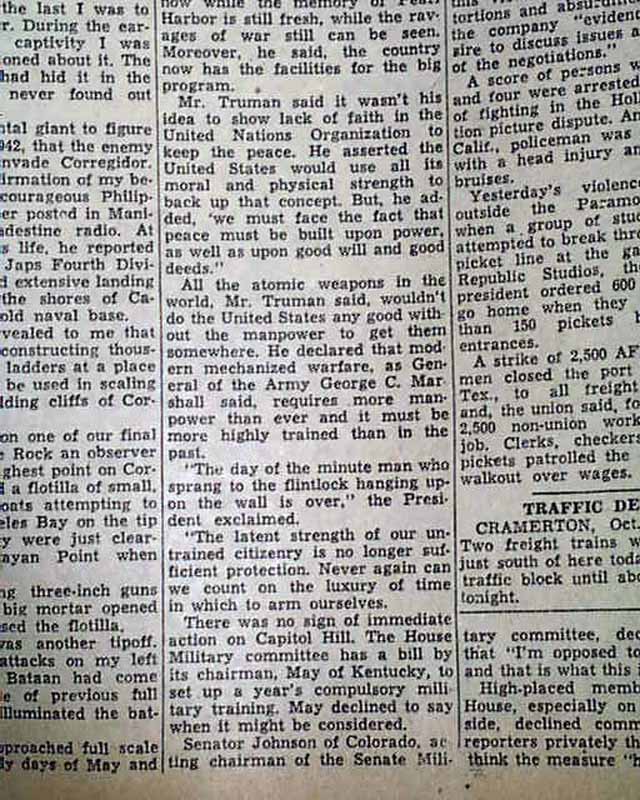 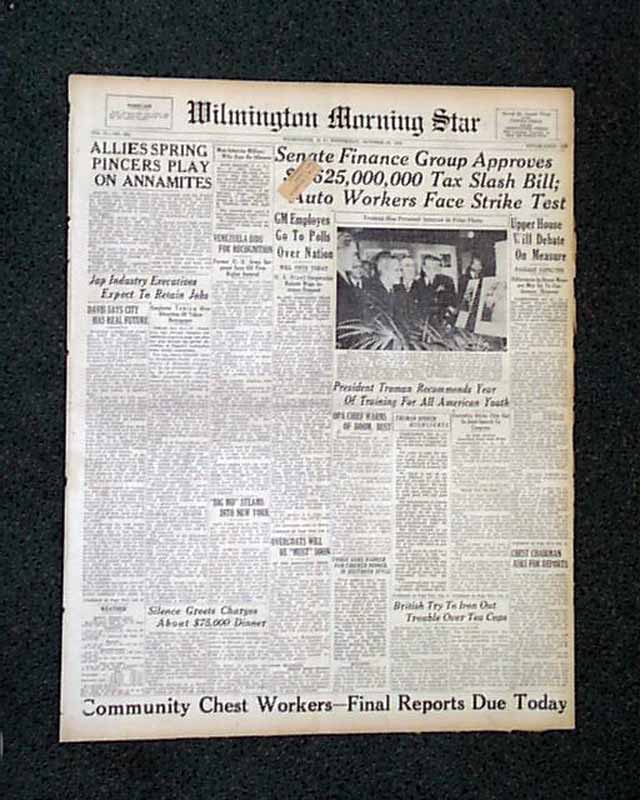