Home > Back to Search Results > Harper Lee court case... "To Kill A Mockingbird" under fire...
Click image to enlarge 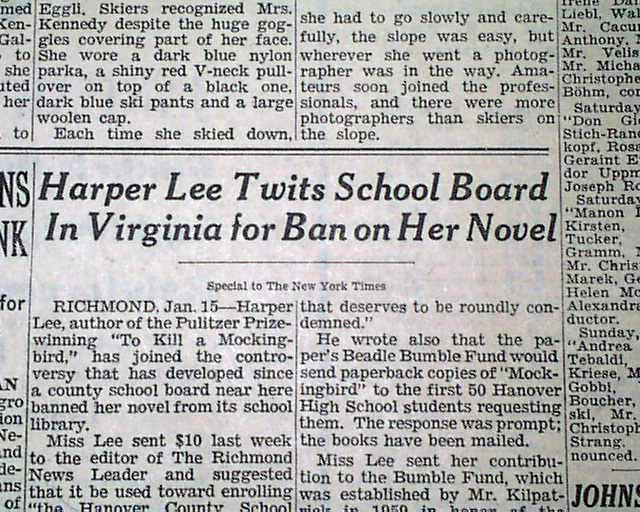 Harper Lee court case... "To Kill A Mockingbird" under fire...

Page 82 contains the heading: "Harper Lee Twits School Board in Virginia for Ban on Her Novel", followed by an explanation on how she humiliated the school board saying, "To hear the novel is immoral has made me count the years between now and 1984...", a reference to George Orwell's classic book 1984.  Continuing she said, "...for I have yet to come across a better example of doublethink."
This page also contains an article titled: "NEGRO POLITICIANS PLAN AN IDEA BANK".
The front page contains articles: "Mrs. Ghandi Wins key Support In Race for Leadership of India", "ROCKEFELLER SEEKS NEW WAY TO CURB MUNICIPAL STRIKES", and  "NEGRO COLLEGES RECRUIT WHITES - Reverse Integration Drive Seeks Education Gains".
Other news, sports and advertisements are found throughout.
The complete first section only (92 pages). Fragile with significant condition problems on the front page, but the Harper Lee article is quite nice. 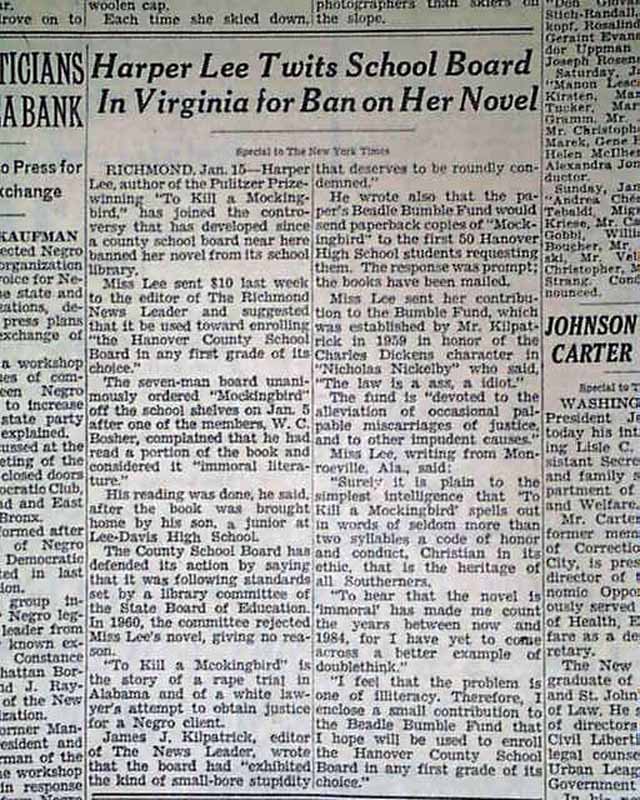 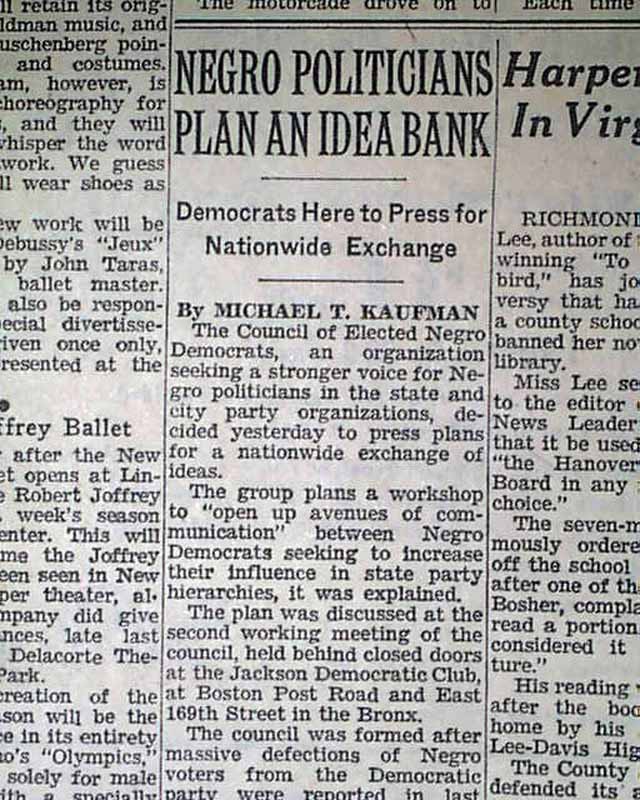 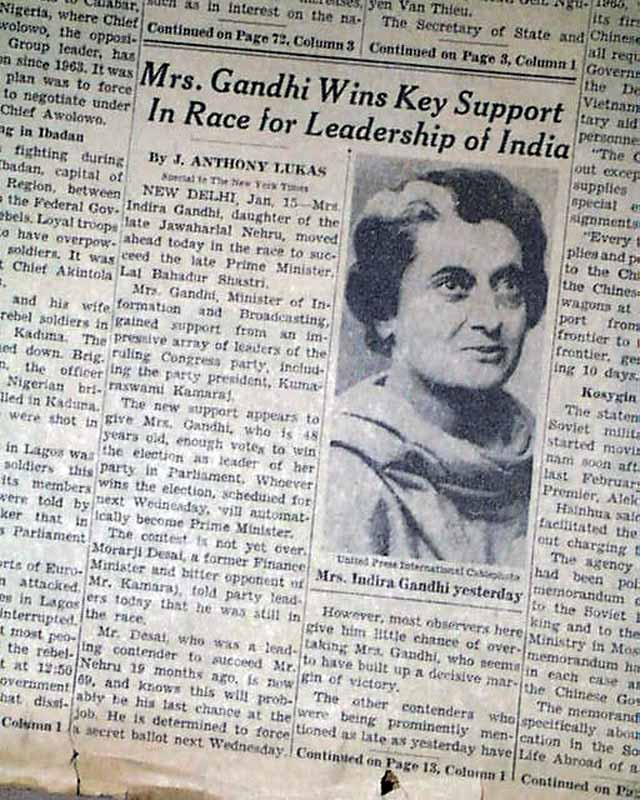 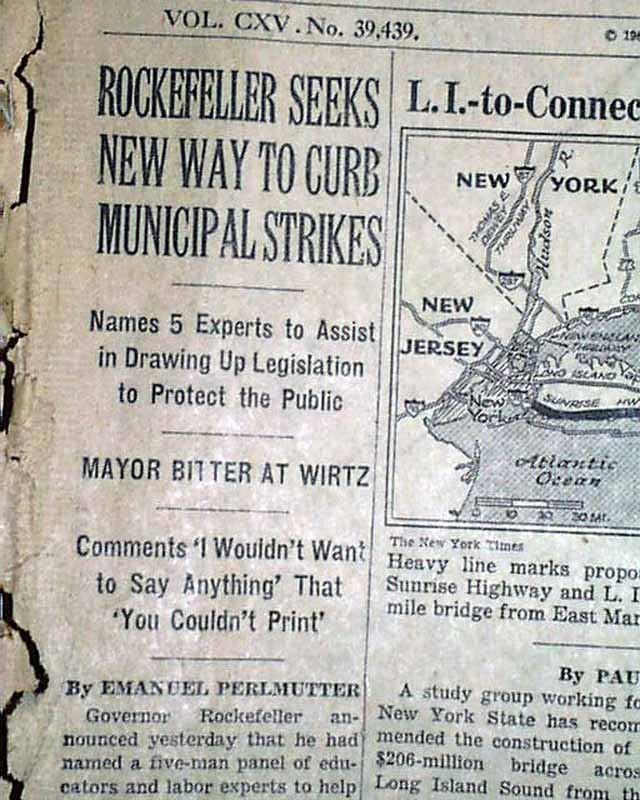 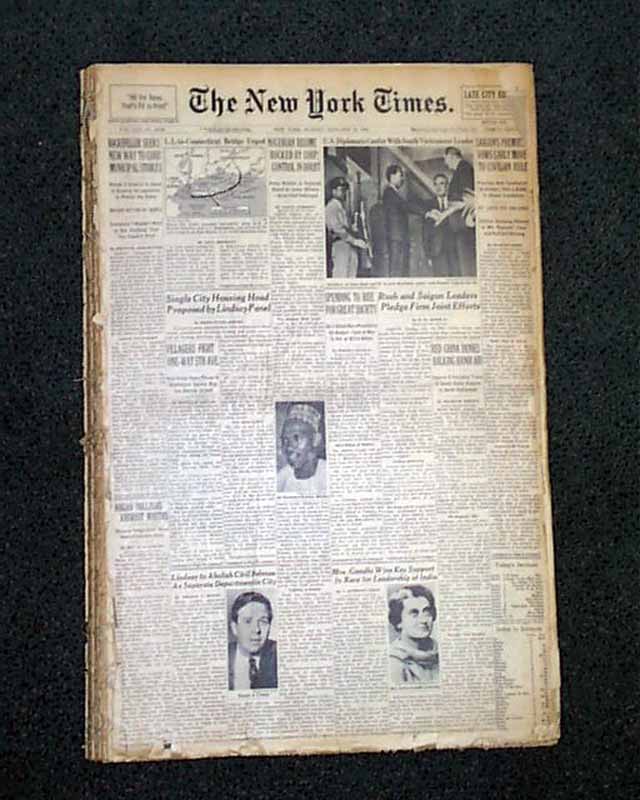