Home > Back to Search Results > Malcolm Campbell... Over 300 MPH in automobile...
Click image to enlarge 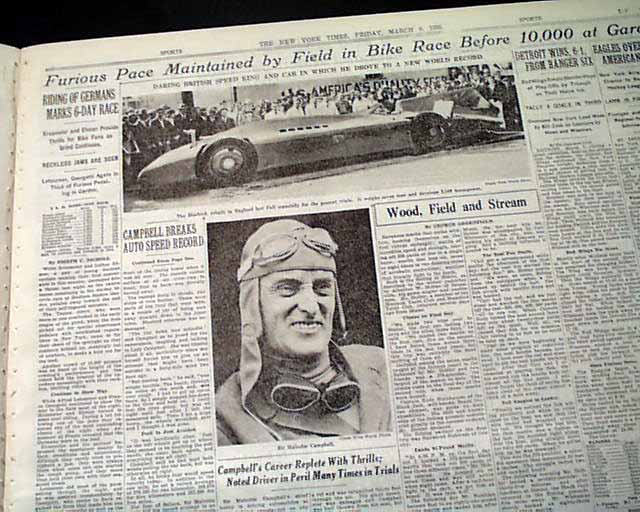 This 44 page newspaper has two column headlines on the front page that include: "Campbell Breaks Auto Record, Drives at 276.816 Miles and Hour" and more (see images) Reporting continues on page 29 with related photos (see images).
Other news of the day found throughout.
Complete in 44 pages, "Rag" edition, in great condition.

wikipedia notes: He broke the LSR for the first time in 1924 at 146.16 mph (235.22 km/h) at Pendine Sands near Carmarthen Bay in a 350HP V12 Sunbeam. Malcolm broke nine land speed records between 1924 and 1935, with three at Pendine Sands and five at Daytona Beach. His first two records were driving a racing car manufactured by the Sunbeam Car Company in Wolverhampton.