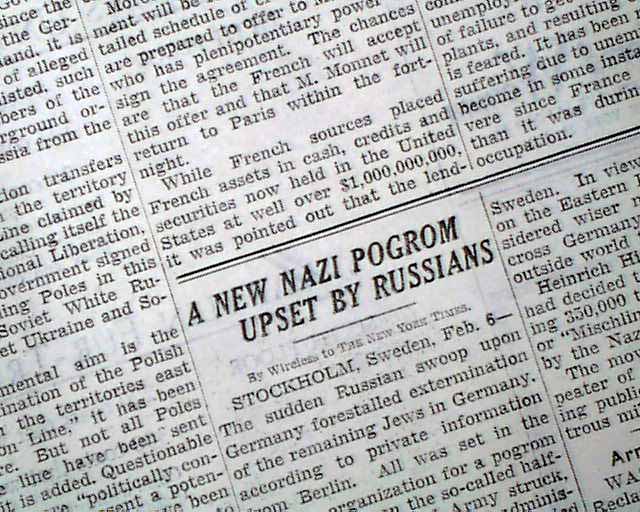 This 36 page newspaper has a small one column headline on page 6: "A New Nazi Pogrom Upset by Russians". See photo for text here. Also a photo on the same page showing Joseph Goebbels addressing the home guard.