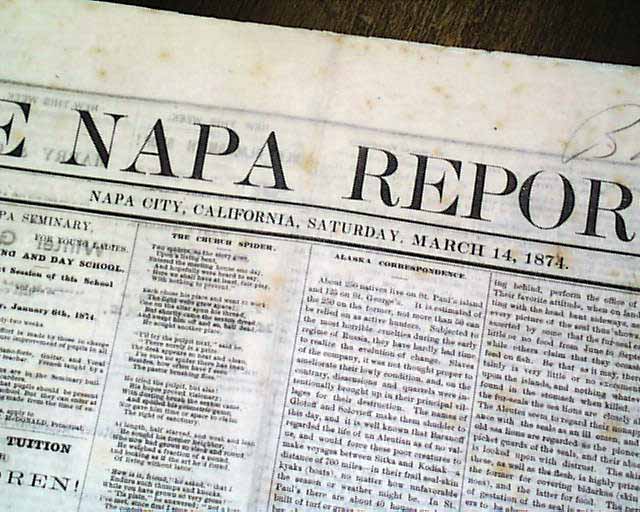 Although in the heart of the wine region, for which this city is famous today, its beginnings were centered more on the California Gold rush of 1849. This city became a refuge for miners during the first severe winter of mining & later became an important center for lumber & cattle ranches.
The front page has a lengthy, continued article on: "Alaska Correspondence" with the inside pages having various local news reports & a wealth of ads, many illustrated.
Four pages, never bound nor trimmed, nice condition. Folder size noted is for the issue folded in half.