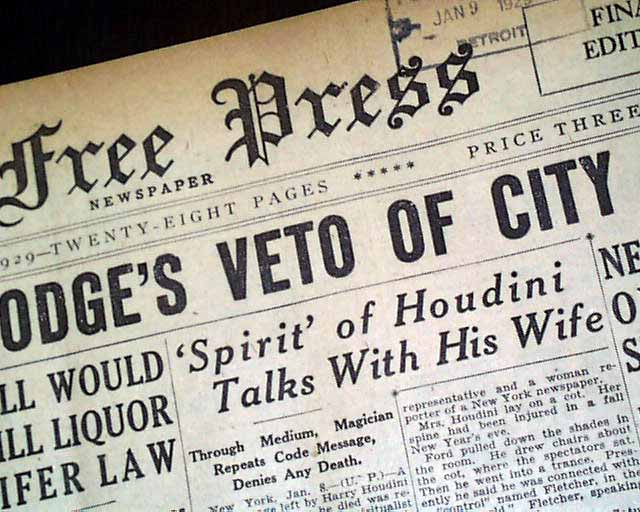 The front page has a two column heading: "'Spirit; of Houdini Talks With His Wife" with subhead (see) Coverage on the claim by the late Harry Houdini's wife that she has contact with him in the after World. Great to have from the city where Houdini had died, very rare a s such.
Complete with all 28 pages, light toning and a little wear at the margins, generally nice.