Home > Back to Search Results > Much reporting on the Civil War...
Click image to enlarge 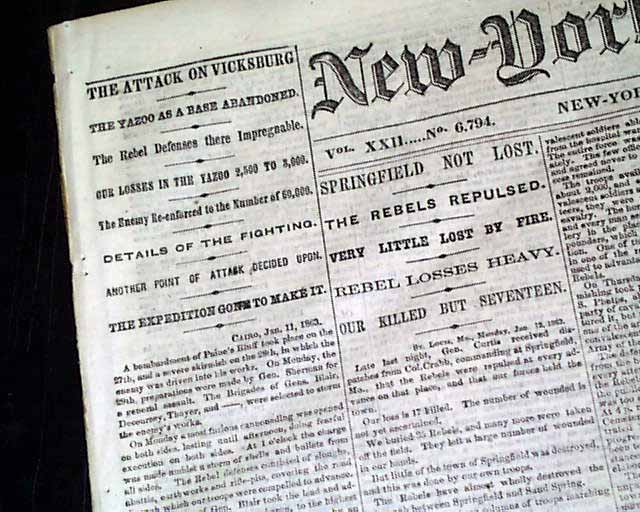 Much reporting on the Civil War...


NEW YORK TRIBUNE, Jan. 13, 1863  Among the one column headlines on the Civil War are: "The Attack On Vicksburg" "The Yazoo as a Base Abandoned" "The Rebel Defenses there Impregnable" "Details of the Fighting" and: "The Loss Of Galveston" "Magruder's Official Report" signed in type: J. Bankhead Magruder; and "Springfield Not Lost" "The Rebels Repulsed" "Rebel Losses Heavy" and "The Great Battle of Stone's River, Tennessee" "Awful Conflicts in Front of Murfreesboro" & much more.
Eight pages, very nice condition.