Home > Back to Search Results > A victory for the Yankees in Virginia...
Click image to enlarge 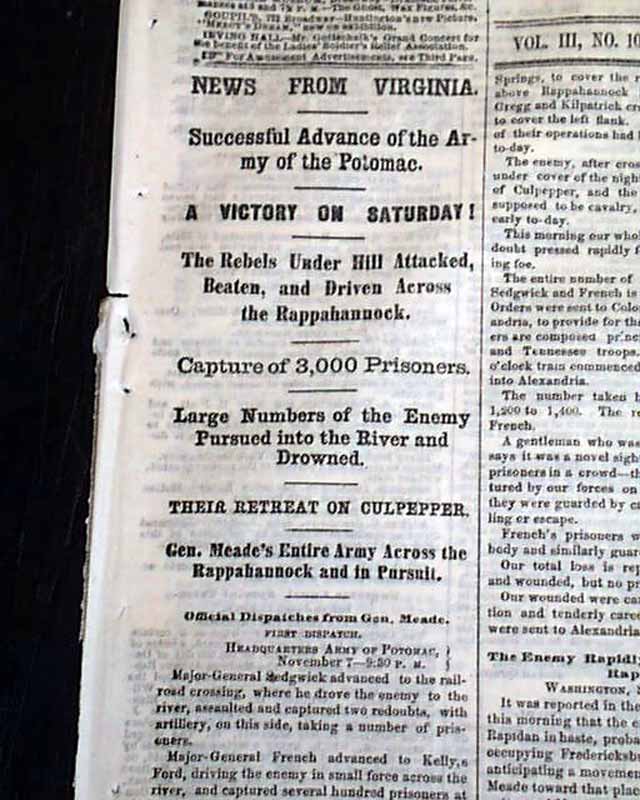 A victory for the Yankees in Virginia...

Among the front page column heads on the Civil War are: "News From Virginia" "Successful Advance of the Army of the Potomac" "A Victory On Saturday!" "The Rebels Under Hill Attacked, Beaten, and Driven Across the Rappahannock" "Capture of 3,000 Prisoners" "Their Retreat On Culpepper" "General Grant's Army" "Continued Firing from Lookout Mountain" and so much more.
Eight pages, nice condition.