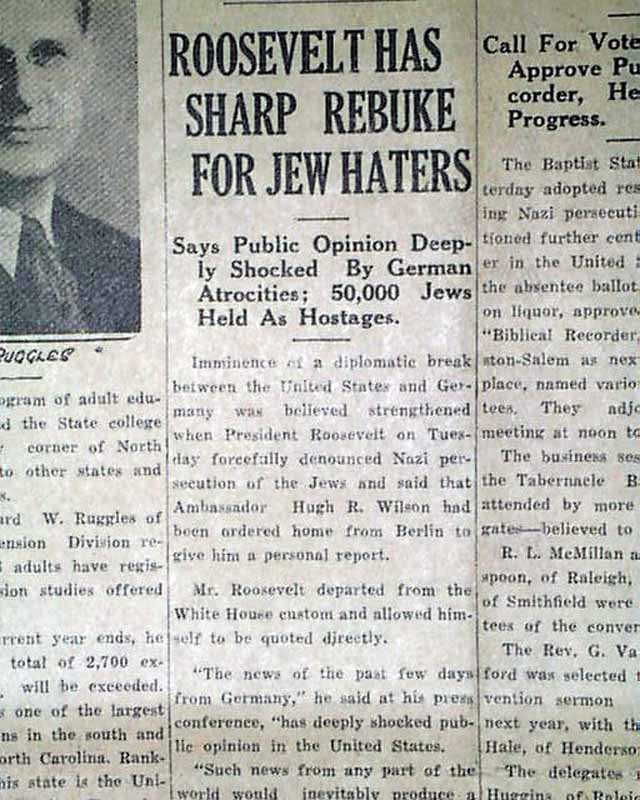 
THE GREENSBOROUGH PATRIOT, (Greensboro), North Carolina, Nov. 17, 1938  Front page coverage has a one column heading: "ROOSEVELT HAS SHARP REBUKE FOR JEW HATERS", with a subheading, "Says Public Opinion Deeply Shocked By German Atrocities; 50,000 Jews Held as Hostages". The article goes on to quote Roosevelt: "I myself could scarcely believe that such things could occur in a 20th-century civilization".
Other news of the day and period advertising found throughout.
Complete in eight pages and in nice condition.