Home > Back to Search Results > Ben Franklin and John Jay in Paris...
Click image to enlarge 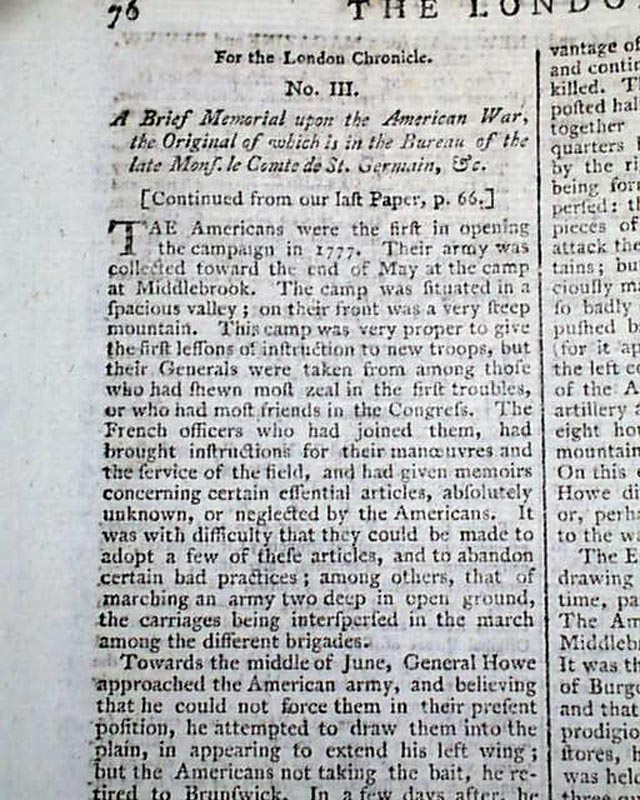 Page 4 has letter No. III of: "A Brief Memorial Upon the American War...", which begins: "The Americans were the first in opening the campaign in 1777. Their army was collected toward the end of May at the camp at Middlebrook..." with a great deal of fine content on the conduct of the Revolutionary War, taking all of pg. 4 and two-thirds of pg. 5. Another item mentions Ben Franklin and John Jay dining in Paris.
Another report reflects upon the controversial Huddy/Asgill Affair, beginning: "Every step has been taken to interpose in the unhappy affair relating to Capt. Asgill with General Washington...".
Eight pages, never-trimmed margins, 9 by 12 inches, very nice condition.