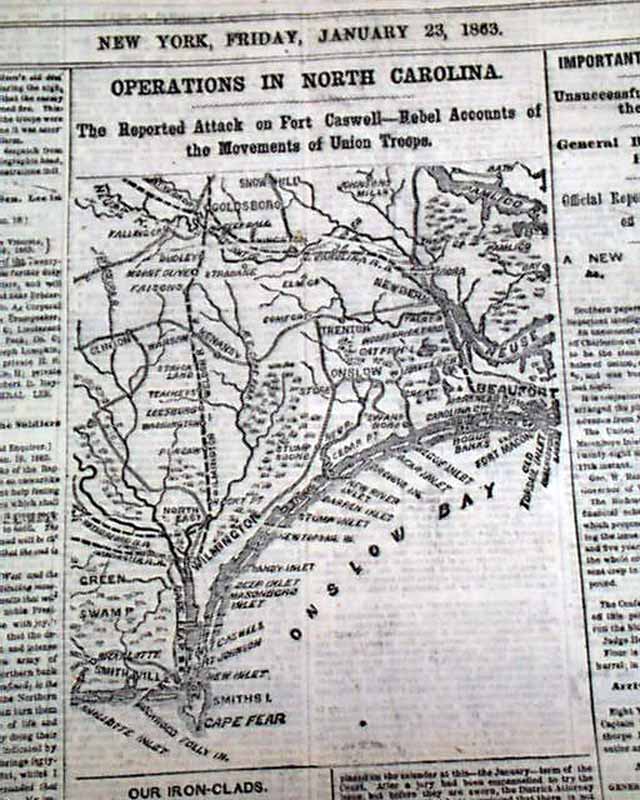 The front page is dominated by a detailed Civil War map headed: "Operations In North Carolina - The Reported Attack on Fort Caswell--Rebel Accounts of the Movements of Union Troops."
Also nice column heads on the Civil War including: "Impending Battle" "Address of General Burnside to His Troops" "General Lee In Command" "General Bragg's Address to His Army" which is signed in type: Braxton Bragg, General Commanding; and much more.
Eight pages, very nice condition.