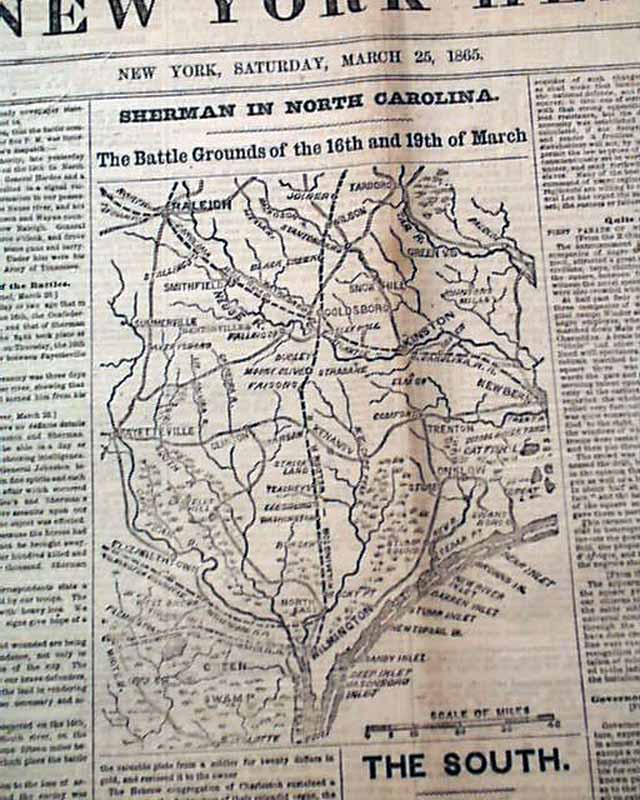 The front page has a nice map titled: "SHERMAN IN NORTH CAROLINA".
Among the one column headlines on the Civil War are: "SHERMAN" "THE BATTLE IN NORTH CAROLINA" "Rebel Reports of the Fighting at Averysboro and Bentonsville on the 16th and 19th Inst." "Rebel Victories in Both Actions" "A Defeat of Sherman's Main Army by Johnston Claimed" "THE SOUTH" "Reported Rebel Successes in Florida and Louisiana" "GRANT" "The Rebels Open Fire on Our Working Places" and more.
Eight pages, minor binding slits at the blank spine, bit of fold foxing, nice condition. 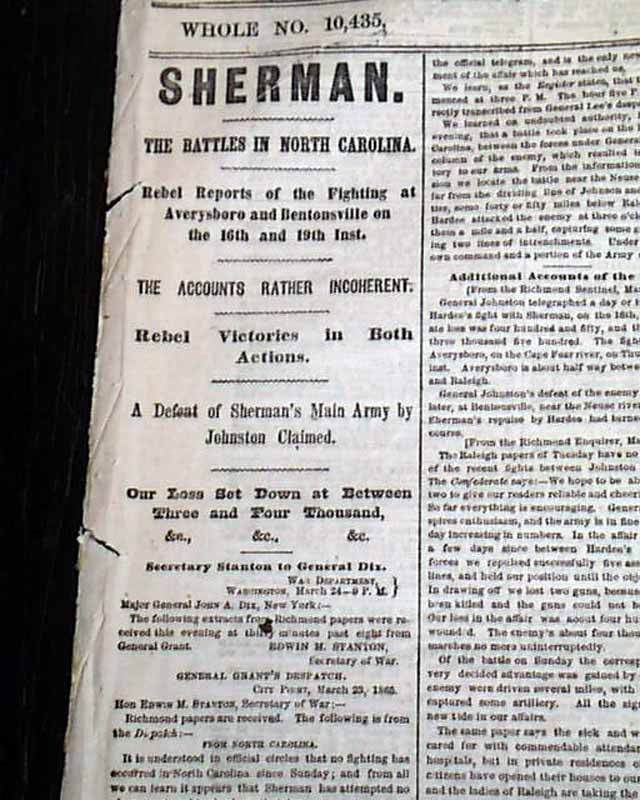 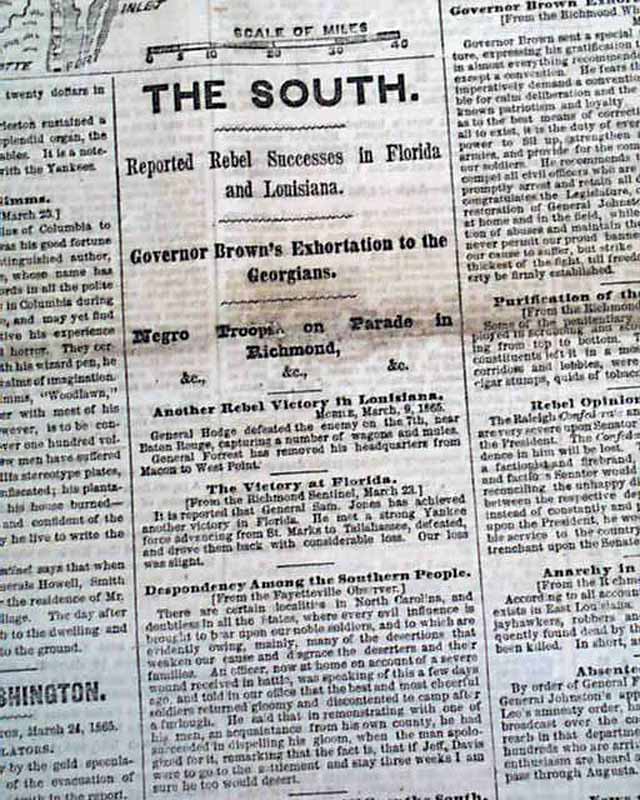 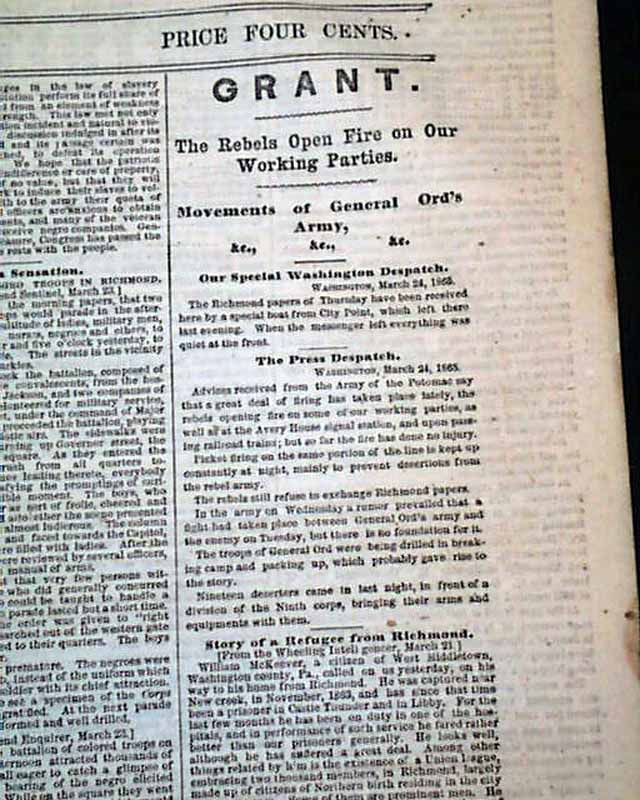 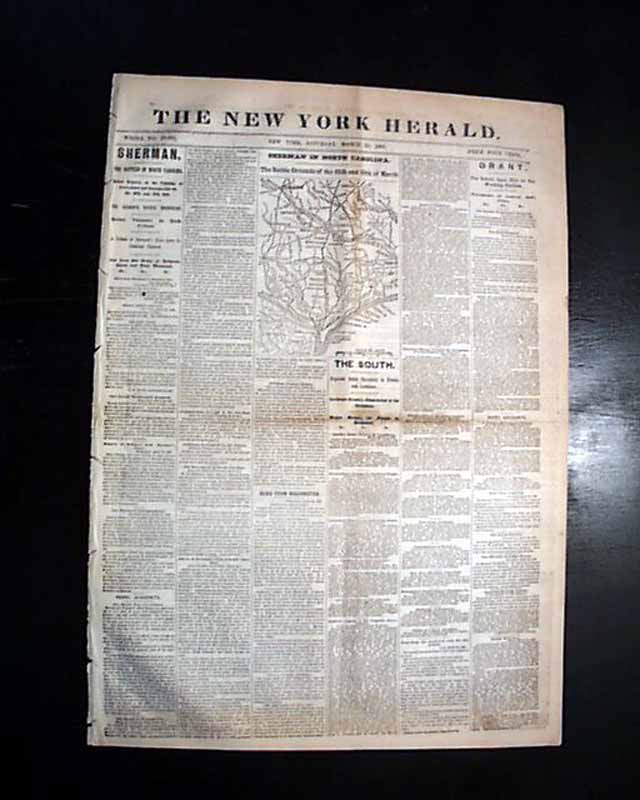