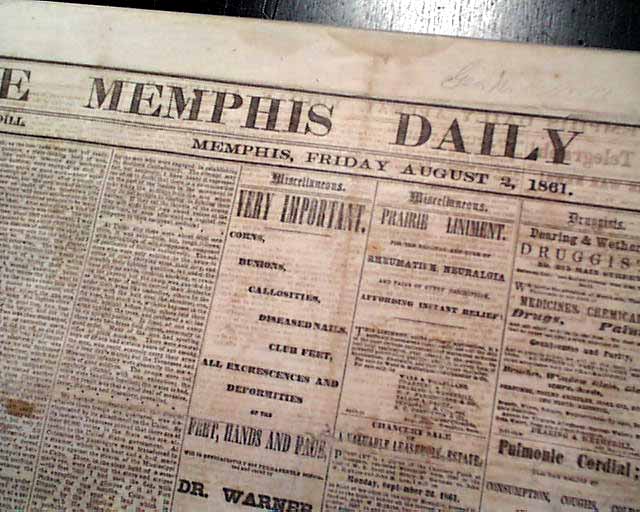 
THE MEMPHIS DAILY APPEAL, Tennessee, Aug. 2, 1861 This newspaper had fascinating history as it was chased around the South--see the information below. Among the war reports are: "The War News!" "Mississippi Second Regiment--List of Killed & Wounded in the Late Battle" "Later from Pensacola" "The Voice of the Northern Press" "Another Note of Warning" and much more.
Complete as a very large size, 4 page newspaper, the entire issue is in an archival overlay which does not deter readability. There are missing portions at the central fold (see photos), some staining, etc. The two leaves are loose at the spine.