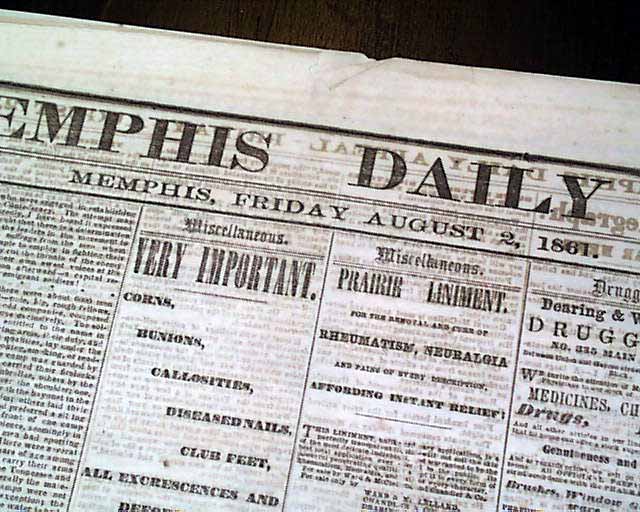 
THE MEMPHIS DAILY APPEAL, Tennessee, Aug. 2, 1861 This newspaper had fascinating history as it was chased around the South--see the information below. Among the war reports are: "The War News!" "Mississippi Second Regiment--List of Killed & Wounded in the Late Battle" "Later from Pensacola" "The Voice of the Northern Press" "Another Note of Warning" and much more.
Complete as a very large size, 4 page newspaper, various archival mends, various tears at the margins, a few older repairs, some wear at folds. Folder size noted is for the issue folded in half.