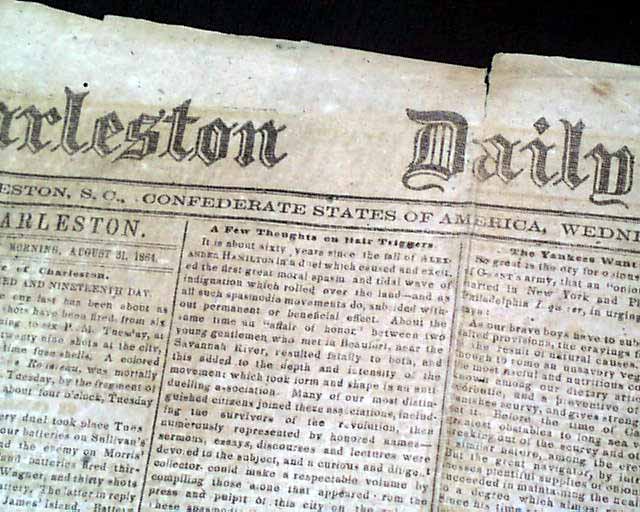 This was one of just a few newspapers which printed "Confederate States of America" in their dateline.
Among the articles: "From Atlanta--Movement of the Enemy" "From Petersburg" "From Richmond--Affairs in West Virginia--Official From General Hood" is a dispatch signed in type: J. B. Hood, General.
Also: "Siege of Charleston" "The Yankees Want Onions" "The Neutrality of Great Britain" "Captain Dickison's Address" and more.
Complete as a single sheet issue never bound nor trimmed, two folds, wear at the margins, various damp staining and foxing, more so to the back page.