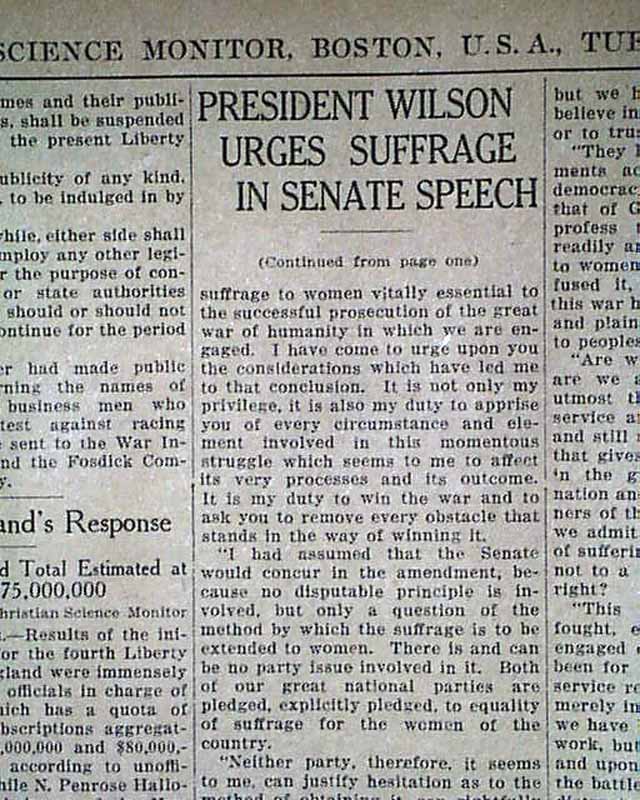 The front page of this issue has the heading: "PRESIDENT WILSON URGES SUFFRAGE IN SENATE SPEECH". , which reports on the historic speech he gave before the United States Senate. Additionally, the article includes the text of his speech and continues on pg. 5. One day after this speech the Senate voted down the Suffrage bill.

Complete in 18 pages, with minor edge tears that do not impact text.  For the era, the issue is in good condition but should be handled gently.