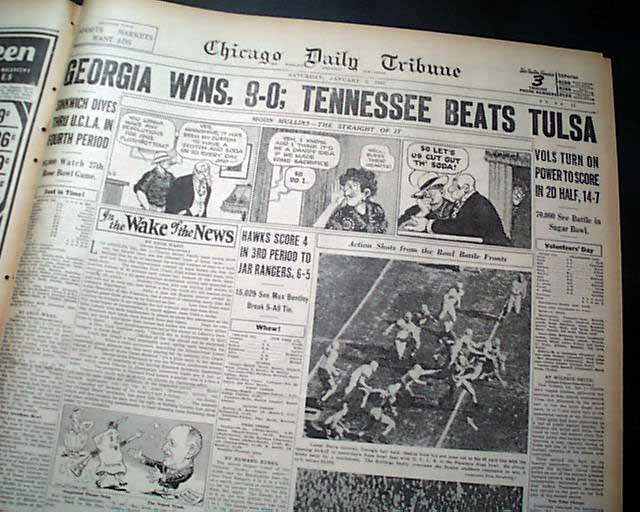 The front page of section 2 (sports) has a banner headline that announces: "GEORGIA WINS, 9-0; TENNESSEE BEATS TULSA" with subheads a few related photos and lineups. First report coverage on the Rose, Orange, Cotton and Sugar Bowl games.
Complete with all 20 pages, light toning the margins, some small binding holes along the spine, generally very nice.