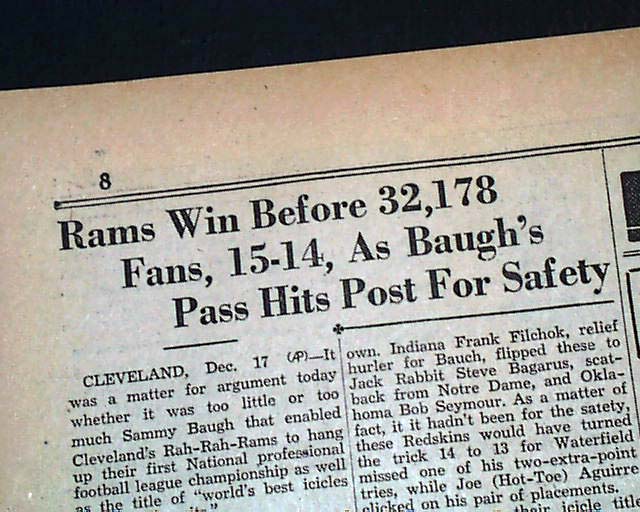 The sport's section (page 8) has a two column heading: "Rams Win Before 32,178 Fans, 15-14, As Baugh's Pass Hits Post For Safety" (see)
Other news, sports and advertisements of the day. Complete in 12 pages, light toning at the margins, generally nice.