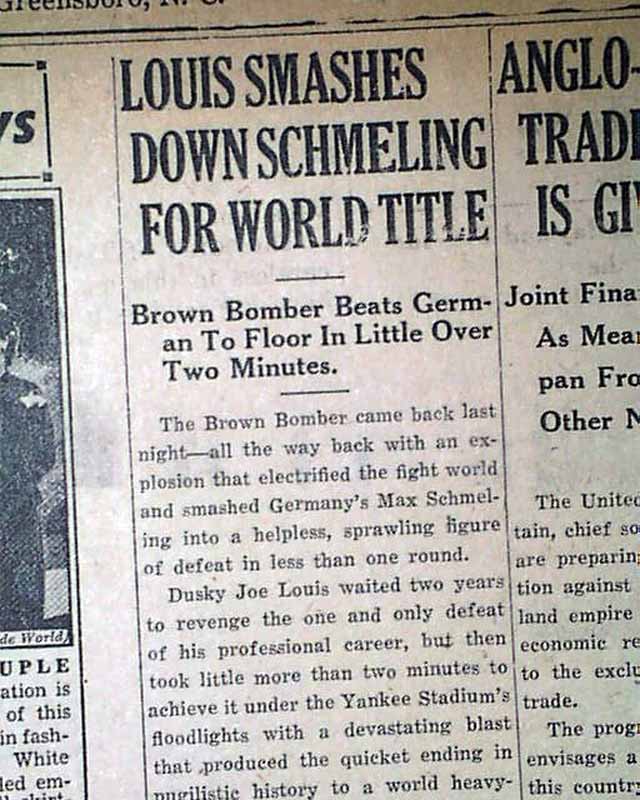 Page 5 of this issue has a one column heading: "LOUIS SMASHES DOWN SCHMELING FOR WORLD TITLE - Brown Bomber Beats German To Floor In Little Over Two Minutes". First report coverage on the heavyweight boxing championship between Joe Louis and Max Schmeling.
Also, the frontpage contains news of the day including: "MERCHANTS URGE SALES TAX REPEAL" describing how the N.C. state Merchants Association demanded the repeal of the state sales tax now that the state had a large surplus as per the original agreement by the legislature when the tax was first enacted.
Eight pages, very nice condition.