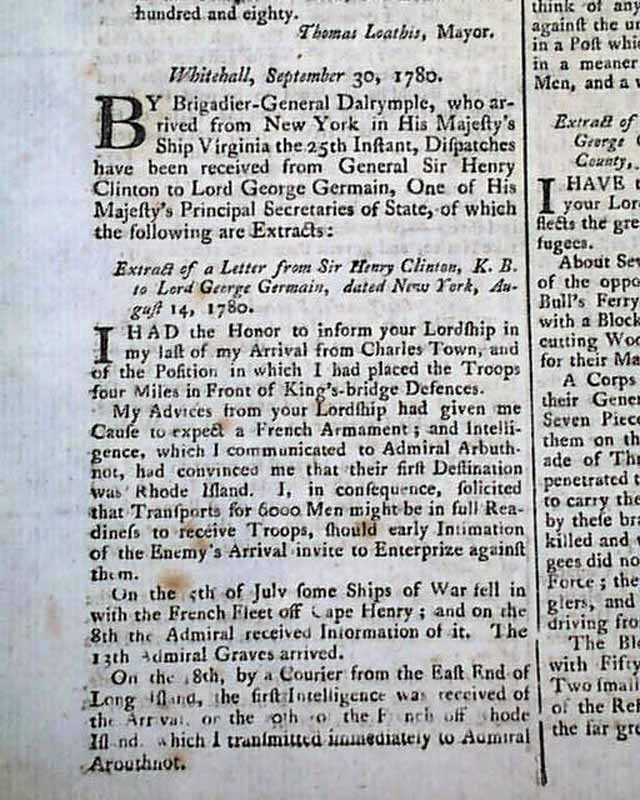 All of pages 2 and 3 are taken up with letters from General Clinton to Germain giving his military reports on events in the New York vicinity as well as events in the South, plus two letters from General Earl Cornwallis in Charleston with his views of events in his theatre or war--terrific reading!
The first letter begins: "I had the honor in inform...of my arrival from Charles Town & of the position in which I had placed the troops four miles in front of King's bridge defences...".  Another has: "...A corps of near 2,000 rebels under their Generals Wayne, Irving and Proctor...made an attack upon them on the 21st...".  A letter from Charleston begins: "...I have been employed in the internal regulations of the province...I have kept up a constant correspondence with the frontiers & the interior parts of North Carolina..." with other great content on the war.
Then two more letters from Cornwallis dated at Charleston with the latest war reports from there.
Eight pages, slightly irregular at the blank spine, minor foxing, rubbing to the front page, generally good condition.