Home > Back to Search Results > On Washington retiring from public life...
Click image to enlarge 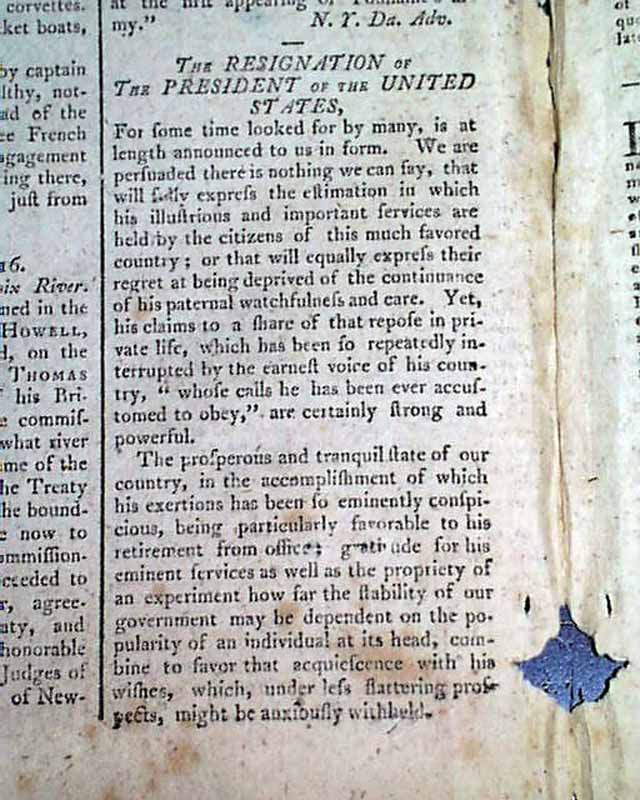 On Washington retiring from public life...


FEDERAL GAZETTE & BALTIMORE DAILY ADVERTISER, Sept. 26, 1796  Page 3 has a nice report: "The Resignation of The President of the United States" which notes in part: "...is at length announced to us in form [was published in a Phila. newspaper on Sept. 17]...there is nothing we can say that will fully express the estimation in which his illustrious & important services are held by the citizens of this much favored country; or that will equally express their regret at being deprived of the continuance of his paternal watchfulness and care..." with more.
Four pages, good condition.