Home > Back to Search Results > Virginia's representatives to the coming Constitutional Convention...
Click image to enlarge 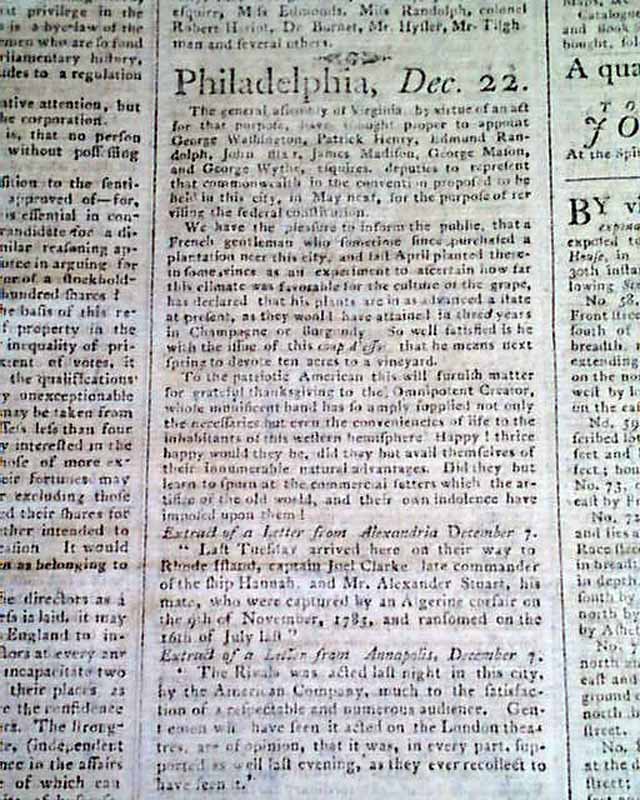 The middle of page 3 has a notable report from Phila. noting: "The venereal assembly of Virginia...have thought proper to appoint George Washington, Patrick Henry, Edmund Randolph, John Blair, James Madison, George Mason, and George Wythe, deputies to represent that commonwealth in the convention proposed to be held in this city in May next, for the purpose of revising the federal constitution."
These are the representatives to the historic Constitutional Convention, at which Washington would be named the chairman.
Four pages, very nice condition.