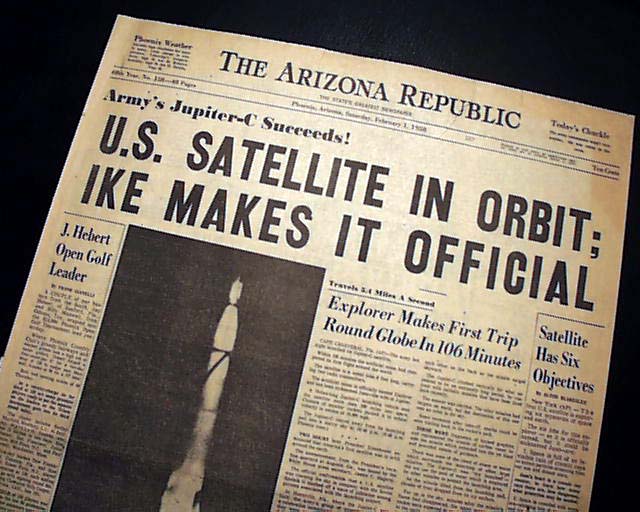 The front page has a nice headline announcing America's successful entry in the space race with: "U.S. SATELLITE IN ORBIT; IKE MAKES IT OFFICIAL" with a subheads and photo of the launching. (see) Keep in mind this was but 5 months after the Soviet Union's successful launch of Sputnik which shocked American scientists and caused a rush to make this launch happen as early as possible (see hyperlink). And also just a few months after America's first effort, which resulted in an embarrassing failure.
Incomplete issue containing the front and back leafs of the 1st section (4 pages total), a few small archival mends on the inside, light toning at the margins, nice for display as such.