Home > Back to Search Results > Death of Mao Tse-tung...
Click image to enlarge 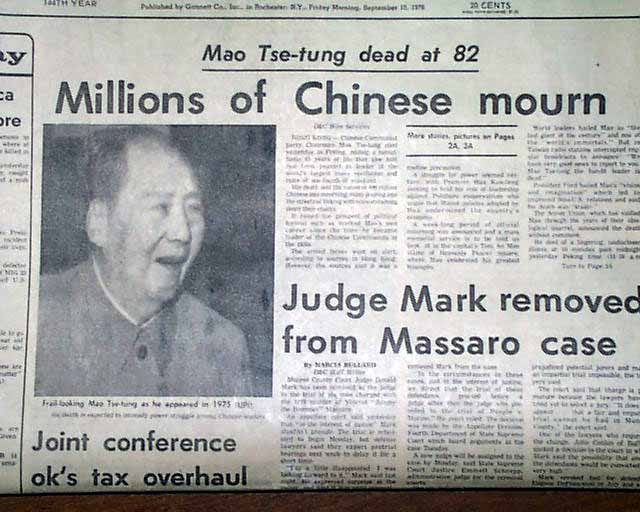 
DEMOCRAT AND CHRONICLE, Rochester, NY, Sept., 10, 1976  This issue contains a front page banner headline: "MILLIONS OF CHINESE MOURN" with, "Mao Tse-tung dead at 82".  Included is a picture of Mao as he appeared a year earlier.  This issue continues with 2 full pages of coverage on pgs. 2A and 3A including epitaphs by world leaders Henry Kissinger, Richard Nixon and more. See accompanying images for details.
The issue is the complete 1st section and is in very nice condition.