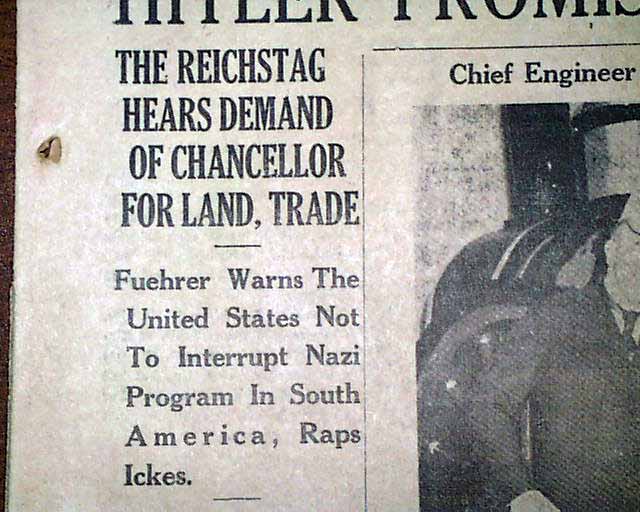 
THE GREENSBORO PATRIOT, North Carolina, Feb. 2, 1939 The banner headline declares: "HITLER PROMISES SUPPORT FOR MUSSOLINI" with subheads including: THE REICHSTAG HEARS DEMAND OF CHANCELLOR FOR LAND, TRADE", "Fuehrer Warns The United States Not To Interrupt Nazi Program in South America, Raps Ickes".
Included in the article is a list of Declarations including: "... Europe could not 'come to rest' until the Jewish question was settled".
This eight page issue is in good condition (especially for the era) but should be handled gently.