Home > Back to Search Results > The Spanish Flu Epidemic of 1918...
Click image to enlarge 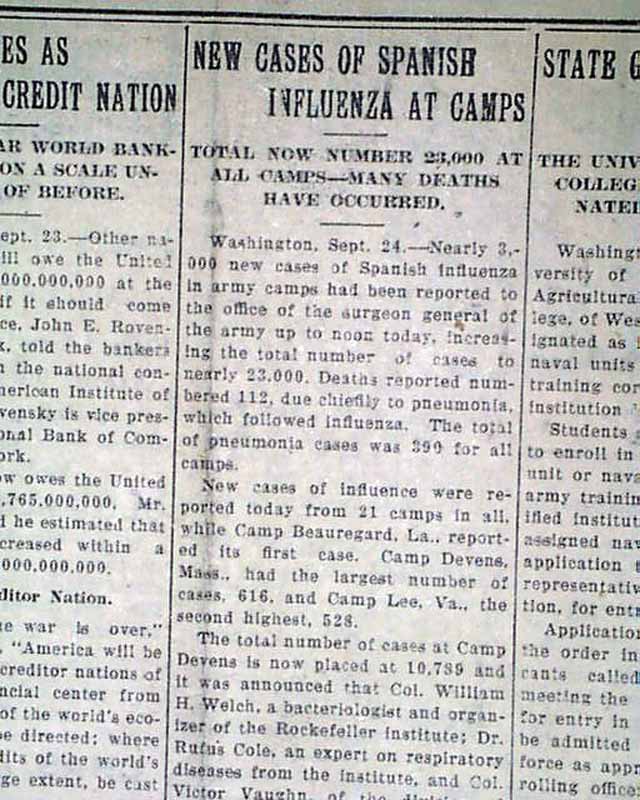 
THE GREENSBORO PATRIOT, North Carolina, Sept. 26, 1918  The one column headline declares: "NEW CASES OF SPANISH INFLUENZA AT CAMPS", with subheads including: "TOTAL NOW NUMBER 23,000 AT ALL CAMPS - MANY DEATHS HAVE OCCURRED", "Influenza Causes Death of Sixty-Six at Camp Devens" and "Five Hundred Cases of Influenza at Camp Meade".
Eight pages, with minor edge tears.  For the era, this issue is in good condition but should be handled gently.

Note: This issue describes the initial stages of the Spanish Flu Pandemic of 1918. After these initial military installation breakouts, soldiers were sent to their respective homes to recover. This dispersion of infected soldiers soon devastated their home towns.