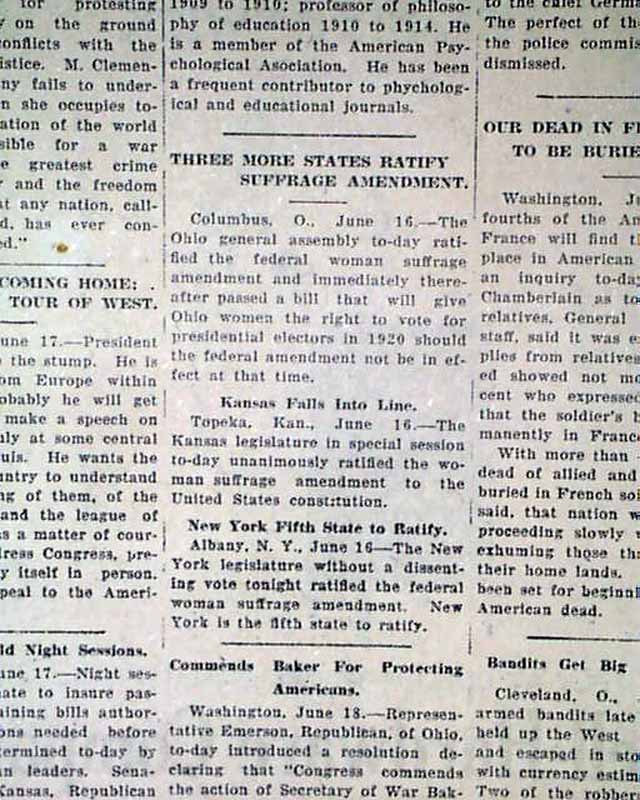 
THE GREENSBORO PATRIOT, North Carolina, June 19, 1919  This 8 page newspaper has a one column headline on the front page: "THREE MORE STATES RATIFY SUFFRAGE AMENDMENT", followed by a paragraph description of the events for each state: Ohio, Kansas and New York.
Additionally, the front page has a one column heading: "THE ANTI-SUFFS WILL FIGHT TO THE FINISH", describing the passion of the Anti-Suffrage side, "We will fight woman suffrage to the last quarter of an hour, for the last quarter of an hour will be ours."  The front page of this issue shows the battle lines that were drawn and the progress that was being made in the Women's Suffrage Movement in the United States of America.
This 8-page issue is in good condition for the era but should be handled with care.