Home > Back to Search Results > This title lasted less than seven months...
Click image to enlarge 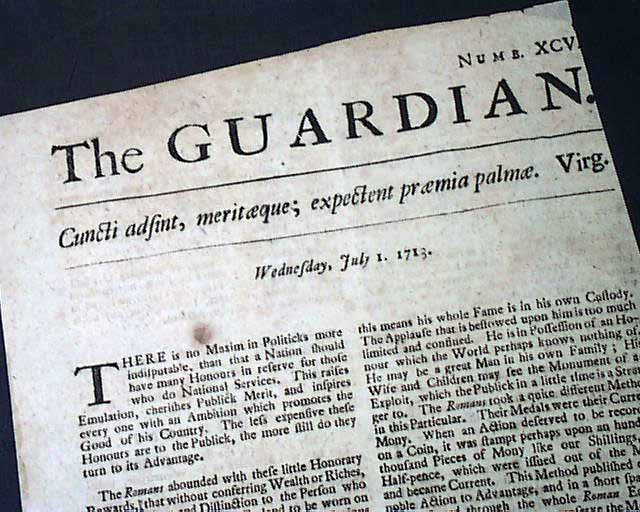 A very short-lived newspaper lasting less than seven months, notable for its publisher Richard Steele with contributions from Joseph Addison, Alexander Pope & others. Steele and Addison had previously collaborated on the "Tatler" and "The Spectator", issues of both we have offered for purchase.
Single sheet, 6 3/4 by 11 1/4 inches, bit close-trimmed at the right margin shaves some letters near the top of pg. 2, otherwise good.