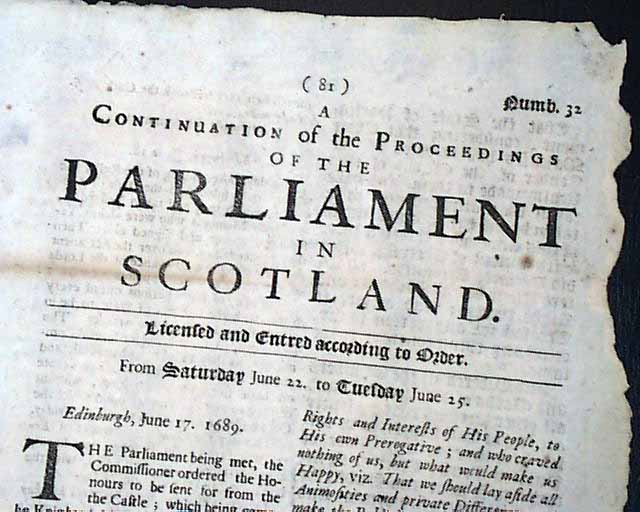 
A CONTINUATION OF THE PROCEEDINGS OF THE PARLIAMENT IN SCOTLAND, London, England, June 25, (1689)

The year is noted in the dateline of the first report at the top of page 1, as well as in the imprint at the bottom of the back page. A very rare newspaper from England, other titles existing but which have slightly different wording, dealing primarily with Parliamentary affairs. Much of the front page related to an Act of Parliament for abolishing prelacy in the church.
A single sheet issue with untrimmed margins, 7 by 11 1/4 inches, very nice, clean condition.