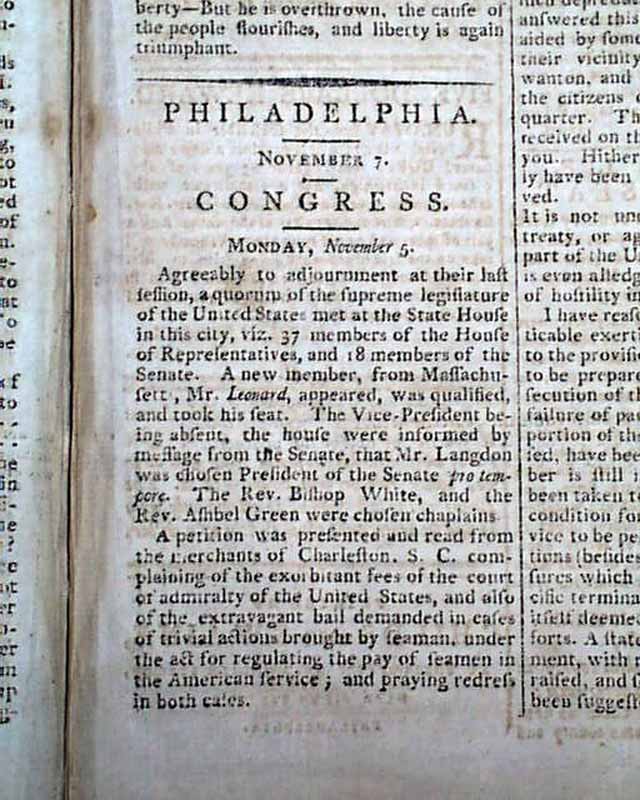 Taking three-quarters of page 3 is President Washington's annual state-of-the-union address, concluding with his signature in type: Go. Washington, Nov. the 6th, 1790.
This was a tradition which he initiated in 1790 and which carries on to this day. There is a prefacing paragraph which notes: "...the Senate are now ready to receive the President of the United States...at twelve o'clock, the President of the United States arrived...when he delivered the following..." which is his annual address (see for portions).
Note that this is an exceedingly early printing, just the day after given, due to this newspaper being from the nation's capital at the time. It would appear in the famed Columbian Centinel on the 14th.
Four pages, some dirtiness to the upper left portion of page 1 only, otherwise very nice condition.