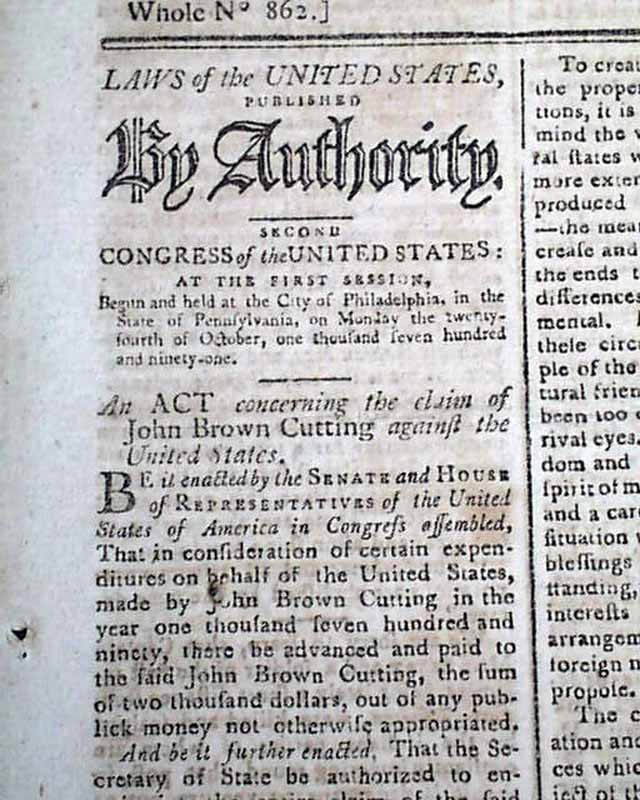 
COLUMBIAN CENTINEL, Boston, June 23, 1792  Most of the first column on the front page is taken up with an Act of Congress and a “Resolve”, each signed in script type by the President: Go. Washington, making this a nice issue for display. Over 2 front page columns are on: “Reflections On the State of the Union”.
Page 2 has a report from London on the: “Arrest of Mr. Paine”, being the famed Thomas Paine. Pg. 3 ha a brief item noting: “The cannon for the use of the artillery of this Commonwealth are now casting by Col. Revere, at his foundry in this town.”
Four pages, untrimmed margin, very nice condition.