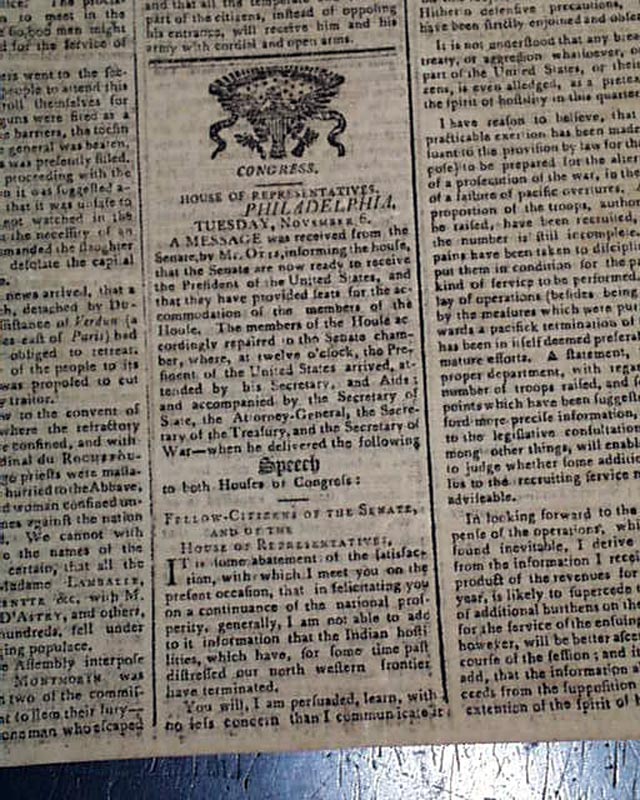 Taking over half of the front page and concluding on page two where it is signed in script type: G. Washington, is President George Washington's "Speech to Both Houses of Congress". This was his annual state-of-the-union address, a tradition which he initiated in 1790 and which carries on to this day. There is a prefacing paragraph headed with a nice engraving of a heraldic eagle, which notes: "...the Senate are now ready to receive the President of the United States...at twelve o'clock, the President of the United States arrived...when he delivered the following..." which is his annual address (see for portions).
Four pages, a bit irregular at the spine margin not effecting text, good condition.