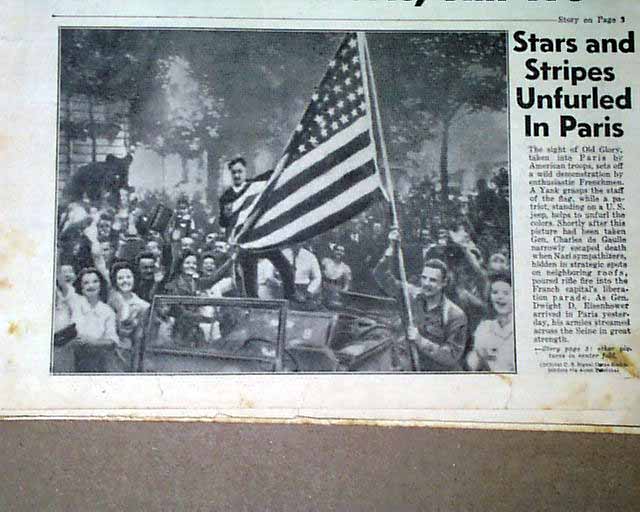 This thirteen issue set walks the timeline leading up to and shortly after the liberation of Paris during WW2.  Each issue has great headlines such as: "YANKS 35 MI FROM PARIS NAZIS REPORT", "YANKS 22 MI. AWAY, EXPECT PARIS' FALL","YANKS FLANK PARIS AS CITIZENS RISE" and "STARS AND STRIPES UNFURLED IN PARIS".  This collection depicts the growing excitement as Allied troops beat back the Nazi line and recovered one of the World's great cities.
These tabloid-size papers, while not complete issues, each have impressive headlines. There is some wear and minor edge tears with archival mending from the reverse side which do not effect any of the content described. They would be great for display.

World War II set, an issue from each ...